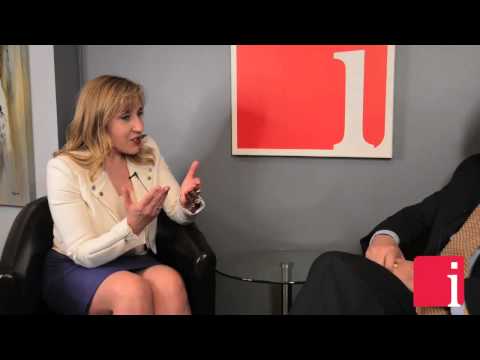 June 15, 2015 — In a special InvestorIntel interview, Publisher Tracy Weslosky speaks with Mark Smith of Largo Resources Ltd. (TSXV: LGO), the only ‘pure-play’ vanadium producer on the recent financing of CAD$75M, the debt restructuring and the production update since he assumed the role of CEO this spring. They also discuss the rising demand for vanadium and the Largo team’s focus towards meeting phase one production goals, which Mark states he is ‘confident’ they will meet.

Tracy Weslosky: The battery market is heating up. Everybody’s talking about technology metals utilized for battery and battery storage and, of course, vanadium is one of these. Can you talk to us about the vanadium market right now?

Mark Smith: Well, in terms of the battery portion of the vanadium market it’s actually relatively small. Probably about 1% of the vanadium is used in that capacity right now. We do anticipate that’s a growing are, but there’s a lot of technology and cost issues that have to be figured out before that’s really going to take off. We’re excited about it as a future use for vanadium.

Mark Smith: Thanks Tracy. It was a good team effort to make that happen.

Tracy Weslosky: Since you’ve come on board as the CEO here at Largo, since March, you have been doing a lot of work, primarily with the financing. Can you tell us a little bit about this?

Mark Smith: There’s two parts to the financing. One is the debt portion. We were able to work with the banks. My compliments to the banks. They were actually very cooperative in this process. They want Largo to succeed as well. It’s nice to sit down with a banker who wants you to succeed and it’s not just all about their lining their pockets. These were really good people in Brazil that worked out things on a very mutual, very respectful way. Once the debt portion of the refinancing was figured out then we knew what we had to do for an equity raise. We went out and did the equity raise. Again, the team effort that was put into this equity raise was nothing less than phenomenal. I think the results really show what kind of a team we have at Largo.

Mark Smith: $75.2 to be precise, but yeah it was $75.2 million Canadian. Again, very excited about that because of the confidence that the market has shown in Largo. They see what I see in Largo and that’s why I’m here.

Tracy Weslosky: Our global analysts, Christopher Ecclestone, of course, has applauded you on InvestorIntel into turning this into a dividend play for shareholders…to access the rest of the interview, click here

Disclaimer: Largo Resources Ltd. is an advertorial member of InvestorIntel.