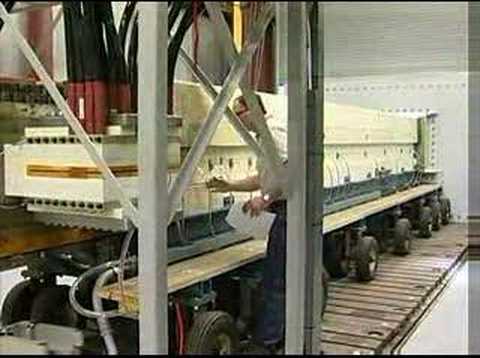 Holmium: Key element In the future of warfare?

A key component of any analysis of critical and strategic metals is assessing the non-commercial uses of rare metals in defense weapons platforms. These specialized uses — often gleaned by inference due to the sensitive nature of the systems involved — are an important factor in global demand, even if the overall volume is small.

Case-in-point:  At the Sunday morning session of this year’s TMS 2013 Conference in Toronto, Byron King’s shotgun start to the day’s session grabbed the audience as he detailed DEW research – Directed-Energy Weapons – and the metals that make it possible. The sector is an acronym-soup of EMP (Electro-Magnetic Pulse), HEL (High-Energy Lasers), the aptly-named PEP (Pulsed Energy Projectile) and Electro-lasers, a kind of synthetic lightning. Then there’s DEWs’ close cousin, the Rail Gun, under development at the U.S. Navy’s Sea Systems Command. At the time, King warned attendees that if he told us more, “he’d have to kill us.”  We assumed he was kidding.

There is no question that Rare Earths are critical to DEWs, to be sure. But which Rares, in which amounts and in what systems – that’s a question where open-source sleuthing can only provide tantalizing clues.

Take Holmium (REEHandbook), for instance, No. 67 on the periodic table, a Heavy REE in the Lanthanide family. Holmium wins the Elemental Olympics, with “the strongest magnetic force of any element,” according to the Royal Society of Chemistry.

One published use for the metal in the national security sphere is its role in nuclear control rods, where it absorbs stray neutrons thrown off in the nuclear fission process.  Closer to home, Holmium is used in microwave technologies in advanced medical and dental lasers.

In the defense domain, Holmium figures in laser range finders, and target designators.  Now, we’re getting warm – quite literally.

And we’re getting into the Black Budget world as well, where, for understandable reasons, public source defense sector documents aren’t about to placard critical metal applications.

Even so, a few interesting hints are visible. Take this glimpse, from a report on U.S. Army Applied Research’s 2012 plans: “FY 2012 Plans: Investigate scalability and efficiency potential of resonantly-pumped, eye-safe, lasers in a 2-2.1 micrometer atmospherically transparent spectral domain based on Holmium (Ho)-doped crystals and ceramics.”

With such compelling applications and unusual properties, what’s holding Holmium back?

Supply, for one: Industry estimates peg global annual supply at around 10 tons (that’s equal to the weight of about four Land Rover SUVs). Compare that to annual Cerium production of about 24,000 tons. At a price of $1,000/kg, the market makes it clear that Holmium is hard to come by.

If you’re outside of China, that is. One of the leading Holium laser centers is the South China Normal University – not so surprising, since most of the world’s Holmium at present is mined in South China, at the ionic clay operations that often include gray market, non-sanctioned affairs.  According to Chinese national government edicts, the PRC is now focused on closing down China’s rogue REE mines, a move tied to their uncontrolled environmental impacts. Whether the Chinese government is closing down these operations, or consolidating them under tighter controls from Beijing central, is something the ROW – Rest of World – won’t know with certainty.

However much Holmium is being produced in China, the right amounts of it are likely reaching researchers working on what the Chinese call “new concept weapons.”  A seminal research report by futurist Mark Stokes, now more than a decade old, relied on Chinese sources to project that: “…an estimated 10,000 people, including approximately 3,000 engineers, in 300 organizations are involved in China’s laser program. Almost 40 percent of China’s laser R&D is for military purposes.”

China, of course, built nearly two dozen ZM-87 Portable Laser Disturbers — “primarily intended to blind humans” – until the advent of the 1995 United Nations Protocol on Blinding Laser Weapons.  Periodic reports point to advanced lasers used by China in tank-mounted applications, and in the still-disputed blinding of a U.S. surveillance satellite. Do Holmium-doped lasers play a part in these systems? That’s an open question. But in U.S. and allied defense R&D labs, inquiring minds want to know.

Search the Web, and many metals sites will state that, today, there are “no commercial uses for Holmium.” Niche usage is nice, but breakout applications – industrial, technological or military — will be hampered by lack of supply.

As for Holmium produced outside of China, it’s a safe bet that, Field-of-Dreams style, if you mine it, they will come. And at least some of the motivated buyers will have interests in the Directed-Energy Weapons research that defense technologists predict will define the future of warfare.

Greg Andrews, President and CEO of Search Minerals Inc. (TSXV: SMY), sat down for an interview with InvestorIntel’s Tracy Weslosky […]