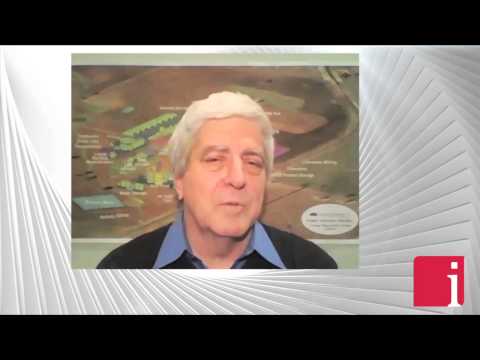 September 12, 2013 – Tracy Weslosky, Publisher of InvestorIntel, interviews Ian Chalmers, Managing Director of Alkane Resources Ltd. (ASX: ALK | OTCQX: ANLKY) provides an update on his multi-commodity play and discusses just what is going on with the rare earth market currently, zirconium, tantalum, what countries are increasing their stakes in niobium, as well as Ian’s picks for the most in-demand light and heavy rare earths for 2014. As always, when Ian Chalmers speaks, we listen!

Tracy starts: Ian, I want to ask you the question that’s on everyone’s mind… what is happening with the rare earth market? You are one of the biggest experts in the world. You’re in it day to day; you’ve been in it since the mid 1980s. I want to know what you think about the market, the prices — the industry overall.

IC: My view is that we have seen the bottom. I think it’s turned around. We’re seeing demand start to come back into the market. We’re starting to see a bit of enthusiasm in China. I will put a cautionary note on there though, it is still an imbalance and it’s going to remain an imbalance for some time into the future. We’ve got some of the large volume rare earths like lanthanum and cerium are, potentially, going to go into oversupply. The other critical ones — like neodymium, praseodymium — I can see remaining in short with high demand, and I can also see things like dysprosium, terbium and yttrium being in short supply. And I did read and hear Jack’s (Jack Lifton) comments the other day and I also listened to Dudley’s (Professor Dudley Kingsnorth) comments and I agree with both of them. The only thing I disagree with is Jack’s comment that, coming out of China, dysprosium might be in balance. Our view is that it won’t be in balance. We can see still a strong demand and feel it will be in short supply for a number of years. So again, we are firmly committed to the industry, we think it’s a great industry, but it’s still got to go through some choppy times in the next twelve months until everything starts to settle down again.

TW: The market may be turning around, at least am optimistic about it, and of course I subscribe to the philosophy that renewable energy will be our next industrial revolution and we will have to have rare earths and critical metals to achieve those goals. Now you’re a multi-commodity play and you know some information that I think our audience would enjoy. For instance, you have zirconium and the Chinese control zirconium, 90% downstream?

IC: Correct, that’s right. Yes, China’s traditionally, in the last 15 years or so, controlled the downstream zirconium industry. They’ve kept a really tight grip on it. They basically control all output throughout the world. We’re seeing a slow change now and it’s really been driven by the zircon industry. Zircon is the base, the building block for the downstream industry. And once the zircon price turns and zircon demand turns, then that will slowly flow on into the downstream zirconium industry. And we’re seeing that. It’s started to happen now. So, yes, I think we’re on the up again.

TW: At Alkane resources we have rare earths — we have light and heavies. Please give us an overview on which heavies and which lights you think are going to be most in demand.

IC: Let’s start with the heavies, there the interesting ones. I don’t think there’s any doubt that, in our view, dysprosium, terbium and even yttrium are going to be the big drivers for the heavies. But, I will throw in there a bit of a snippet of the feedback were getting out of a few locations, particularly over in Europe, that some of the other ones — like gadolinium, erbium, lutetium, holmium — there are applications that are being developed for those, which may have an impact on the industry in the future. It’s too early to say much, but I think it’s a very interesting stage we’re going through. The lights are going to be driven by neodymium and praseodymium, no doubt about that. They will be in demand, probably under supplied, for at least the next five years or so. There is still a lot of development and a lot of interest in those metals.

TW: I’m going to put you on the spot, Ian. What’s the number one rare earth element that’s going to be in demand in 2014?

IC: If you are asking the one that has the most significance in value it’s probably neodymium. The reason for that is because the rare earth magnet industry is still very strong. It’s growing and it’s going to continue to grow. We’re not seeing the same influences that we’re seeing for, say, the nickel-metal hydride batteries that being are being replaced by lithium ion, which may impact on the lanthanides and those sorts of things. It’s very hard to say one. I also believe that dysprosium for the magnets as well, terbium and yttrium for phosphors, those are going to also remain in strong demand. It’s hard to really pick out, but probably neodymium will still be number one.

TW: Alkane’s got rare earths. We have zirconium and we also have niobium. We’re always talking about the Chinese, but I noticed in your PowerPoint that Brazil controls 90% of niobium.

IC: Yes, that’s right. Brazil has traditionally had 90%. They’ve had it for years and years and years. The Brazilian company (and the Brazilian deposit) is so large that they really can dominate the market. What’s really interesting with niobium now is we’re seeing that China is starting to use a lot more niobium in their steels. Traditionally they haven’t. Probably five years ago the niobium demand in China was quite small. The Chinese now recognize the value of having niobium steels and so they’re becoming big buyers. Interesting what we saw in 2011 — a Japanese and Korean consortium bought 15% of the Brazilian company for nearly $2 billion, followed very closely by a Chinese consortium that bought 15% of that Brazilian company for $2 billion. That will give you a feeling for what’s going on in the niobium industry and the strength that we see going forward with niobium, particularly for special steel applications.

TW: Alkane Resources is really on top of critical metals and, in addition to this, I noticed you’ve got tantalum listed, which of course is a critical metal. Can you talk to us a little bit about tantalum?

IC: Four or five years ago we recognized that we were losing quite a bit of tantalum in our flow sheet. At that stage, the cost of getting it out didn’t justify going after it. So basically were very happy with the other metals zirconium, niobium and the rare earths. The tantalum price and tantalum demand has started to escalate to such point where we’re starting to have another serious look at tantalum. Now if we could recover half of that tantalum we lose, we’d add another $40 or $50 million to the revenue to the project, and we’d be a significant tantalum producer in the world today. It’s important. It’s not going happen with the development on day one, but still very important to us long term.