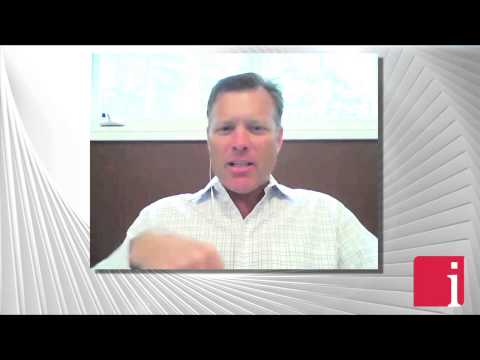 July 25, 2014 — Tracy Weslosky, Editor-in-Chief and Publisher of InvestorIntel speaks to Daniel Carlson, the CFO for American Sands Energy Corp. (‘AMSE’, OTCBB: AMSE) about their key role in oil sands production as suggested in a recent article by Peter Epstein, who described AMSE as the ‘Holy Grail’ of oil sands companies. Daniel believes that what inspired Peter Epstein to use the evocative ‘Holy Grail’ description are AMSE’s unique cost structure and its low environmental footprint in the context of the oil sands industry. This means that, compared to others in the oil sands space, AMSE is “much cheaper on a per barrel basis, much cheaper on a CAPEX basis and, very importantly, we don’t use or produce any dirty water in our process.” Ordinarily, InvestorIntel interviews CEO’s or managing directors; however, given the special role played by the actual business model in AMSE’s case, Tracy believes that the CFO is in a better position to explain AMSE’s advantages to investors.

AMSE has a USD$ 50 million dollar market cap; it is debt-free which is very unusual, and it has proprietary methods to extract the oil sands. Daniel explains that AMSE’s oil sands are of the ‘oil wet’ variety as opposed to what is more common in Canada: the ‘water wet sands’. In other words, AMSE is processing sandstone that is impregnated with oil and is free of any water content. This results in a mining process whereby the sandstone is ground up into smaller particles, then placed in a solvent solution and the solvent, basically, washes the bitumen away from the sand. The bitumen is then separated from the solvent in order to be delivered to the market.

The sand that remains from the process is clean and ready to go back into the ground. This explains why AMSE’s production timeline is so fast; in fact, production is expected to start by 2016. Daniel says that the permit process could be complete as early as year’s end. “Two years from now, we anticipate to be producing at 5,000 barrels per day.” As for the financing, Daniel says that AMSE would need about USD$ 75 million to lead it to production. On a per barrel basis, production costs are expected to be in the range of USD$ 15,000/barrel in CAPEX up front. That may seem like a lot until compare with the Canadian oil sand extraction CAPEX costs of a low of about USD$ 30,000/barrel to as high as USD$ 100,000/barrel. At such costs, AMSE’s oil is ‘bargain basement’ priced. Moreover, AMSE will not have to continually re-invest in the resource, which is what a drilling operation has to do to maintain production levels with their decline curves. As well, traditional oil companies have to continuously drill new wells to continue to access resources, which runs the risk of coming up with dry holes, which makes AMSE much more convenient and attractive.

“Psychedelics are a multibillion-dollar market….and that is what this industry is banking on. We are product based, we are a […]

InvestorChannel’s COVID-19 Stocks Watchlist Update video includes the Top 5 Performers of the Day, and a performance review of 20 […]