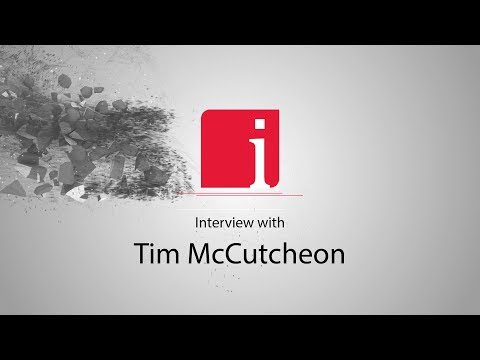 Wealth Minerals’ Tim McCutcheon on where the lithium industry is headed

March 8, 2018 — “What we do know is that the paradigm shift in lithium consumption globally is happening before our eyes.” starts Tim McCutcheon President of Wealth Minerals Ltd. (TSXV: WML | OTCQB: WMLLF) in an interview with InvestorIntel’s Andy Gaudry.

Andy Gaudry: A Morgan Stanley report on the lithium industry was just released, can you comment on this?

Tim McCutcheon: I think there is a lot of confusion about where the industry is going. It is a very small industry. There are not a lot of data points to get your hands on. What we do know is that the paradigm shift in lithium consumption globally is happening before our eyes. There is a famous picture of Time Square in 1890 where it is all horses and then in 1915 it is all cars. That paradigm shift is happening now. A lot of the analysts in the investment making industry are basically ramping up their expectations for lithium consumption in the next 5 to 10 years. I can understand an analyst wants to be contrarian. It kind of gets your name out there. It is the smart thing to do in terms of basically getting awareness up. The reality is that the lithium industry has a limited ability really to ramp up production. One, if you are talking about brine production, which is half of the world’s supply of lithium, it takes at least 9 to 12 month just to actually have that inventory on the market. He is talking about in a very short period of time ramping up production almost 200% globally. In that short period of time you are going to be waiting for all of the stuff to just dry under the sun, which is what solar evaporation is. I think there are some details here that he is not really fully processed in his report. Whatever, it gets the word out there. It is great. The fundamental reality is the world is shifting to lithium-ion battery technology. That is just the fact. We see that everywhere. The reality is that there has not been a lot of thought on, from the consumers of lithium, about where this actually is going to come from. They are putting billions of dollars into building factories. Frankly for them I think a couple of million dollars for lithium supply is almost an afterthought. The reality is that billion-dollar factory is going to stand still if they do not have the lithium supply. Now, it is only now that a lot of these big companies that have gone on the record saying they are going to do this, they are not going to realize –we need to really think about how we are going to tighten up our supply chain. Proof in the pudding, proof of this is Toyota just bought almost a 20% stake in Orocobre. What is that about? Auto manufacturers have been divesting of their suppliers of the raw material sources for decades because they just want to assemble stuff. Now for this company, this major company, to actually go back and buy its supply of raw material shows you how acute this situation is.

Andy Gaudry: Interesting. Your stock was up. You just released a corporate update. Would you like to talk about that?…to access the complete interview, click here.

In this InvestorIntel interview, Tracy Weslosky is joined by Critical Materials’ industry expert and InvestorIntel Editor-in-Chief Jack Lifton to discuss […]