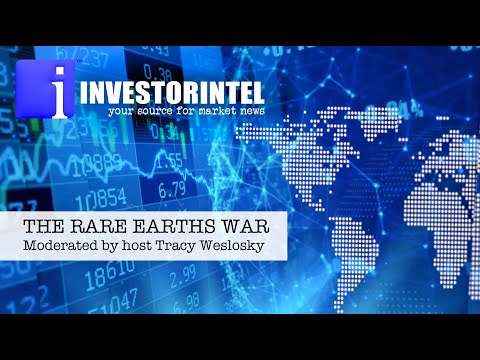 Technology Metals Show host Tracy Weslosky moderates a timely discussion on how China poses a serious threat to the rare earths supply chain security of the United States, talking to international rare earths expert Jack Lifton and the Editor of “The Rare Metals War” Guillaume Pitron. Guillaume observed that Donald Trump as the President has been tackling the rare earths supply chain issue like no one ever done in this role. He added, “If he is re-elected, I believe, that is going to impact in a good way the US production of rare earth minerals and rare earth metals.”

Jack agreed with Guillaume and added, “Trump is the first president to refocus on globalization, and he is trying to de-globalize critical materials for the security of the United States.” Highlighting the seriousness of the rare earths supply chain problem, Jack said that Shin-Etsu and Hitachi, two large Japanese companies that supply rare earth magnets to the US military, have most of their production in China.

Jack also revealed that China recently announced that they would cut off Northrop Grumman, an American defense technology company, from all Chinese rare earth materials. “What Americans don’t seem to be paying attention to,” Jack continued, “is Grumman is the producer of the F-35 fighter plane, the greatest air superiority weapon in history. Grumman needs those rare earths to build those planes. This is going to bring real pressure on the defense department.”

To access the complete interview subscribe to the Technology Metals Show and get exclusive access to members-only content through this exclusive site. Or Log-In Here for the latest conversations, debates, updates and interviews with the leaders, thought leaders and investors focused on issues relating to sustainability in the critical materials sector.

For more information on the Technology Metals Show email us at info@technologymetals.com or reach us direct at +1 (416) 546-9233