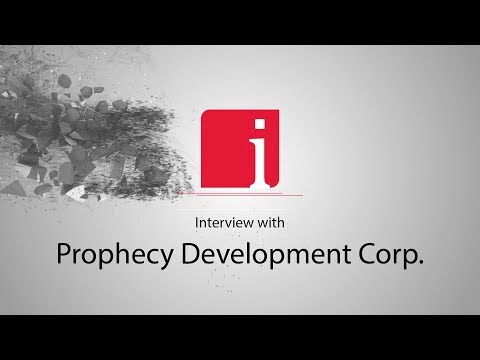 “It is only recently that we started the program on this wonderful silver project called Pulacayo in Bolivia. We acquired the project in 2015 at the bottom of the cycle when silver was $14/oz…This is the second-largest silver mine in the world based on historical production…This is a very well advanced, low technical risk project…It has a feasibility study, it is fully environmentally compliant. It has a social license to operate in Bolivia and it has over 95,000 meters of drilling which resulted in a resource estimate of over 50 million ounces of silver at a very high grade.” States John Lee, Executive Chairman of Prophecy Development Corp. (TSX: PCY | OTCQX: PRPCF), in an interview with InvestorIntel’s Peter Clausi.

John went on to say that the previous operator had spent over $25 million in developing the project. The project has a paved road, access to power and water and there are several mills close to the project. In the last two years, Prophecy has brought in very competent people on board who can take the project all the way to production. The three people who came on board have over a hundred years of experience in commissioning, permitting, exploring and operating mines in Nevada and elsewhere in the world. John also provided an update on Prophecy’s recently announced private placement. He said that the private placement has been fully subscribed and a prominent investor took the bulk of the financing.