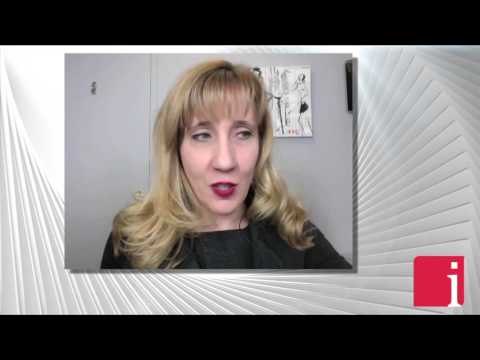 February 8, 2016 — In a special InvestorIntel interview, Publisher Tracy Weslosky speaks with Frédéric Dugré, President and CEO for H2O Innovation Inc. (TSXV:HEO | OTCQX:HEOFF) on the development of the FiberFlex technology. Developed less than 2 years ago, H2O Innovation just signed a contract with the Clifton Water District in Colorado to use the FiberFlex technology to make drinking water from the Colorado River. Citing this project as an important milestone for drinking water applications, Frédéric explains how they have signed another 50 projects since launching this same platform. Sewage water treatment and water technology experts, H2O Innovation has reached a record $50.8 million sales backlog and just announced $13.2 million in revenue for the second quarter of fiscal year 2016 earlier today.

Tracy Weslosky: H2O Innovation just had a tremendous year for achieving benchmarks and you have just been working basically day and night, you have to be…as I see that you just announced the commissioning of the largest ultrafiltration project to date in Colorado. This seems like big news to me. Can you tell us more about that? Thank you.

Frédéric Dugré: It is certainly an important achievement for the company itself. Again, the Clifton project that we delivered a few weeks ago is an important milestone, both in our business plan and in terms of commercial development. We launched only 24 months ago this new technology called the FiberFlex, which essentially provides the customer with a strong advantage to interchange different membrane modules when it comes to membrane replacement so it gives tremendous ability and advantage for the end-user to use this platform. It was the first successful commissioning that we have done on it. Since then we signed 50 more new projects using the similar platform.

Tracy Weslosky: Okay and for those of our shareholders and investors out there that may not understand this completely, I know I’m learning a lot more about this, you’re basically taking water from the Colorado River and turn it into drinking water. Is that correct?

Tracy Weslosky: And that’s what this system does. Is that correct?

Frédéric Dugré: Exactly. So it’s a drinking water application for the district of Clifton in Colorado.

Tracy Weslosky: And, of course, I also read that you have brought in new contracts, just over $7.6 million and that you’ve got a sales backlog to a record high of over $50 million. Is that correct?

Frédéric Dugré: Yes, this is a new record high for us, $51 million dollar in backlog. The latest projects we have announced that bundles to $7.6 million dollars are three projects. Again, it’s not a surprise for us. It was by design. We added and extended our sales team over the last year so finally it’s a result of these efforts. As I said earlier, we also launched new innovations, including the FiberFlex. In the $7.6 million dollars there is one project using the FiberFlex in B.C., in British Columbia. Again, to see this backlog growing to a $51 million dollar level, again, it’s not a surprise. We see our sales pipeline is getting bigger and bigger. The average size of projects also are getting bigger and obviously the demand for water infrastructure in southern U.S. is also pretty demanding.

Tracy Weslosky: Okay. I understand that you just brought in your first significant project in British Columbia. Can you tell us a little bit more about that?

Frédéric Dugré: Yes. For us it is the first project in B.C. for the community of Englishman River. It is a significant size project for us as we will be commissioning also and installing a water treatment plant ….to access the full interview, click here

Disclaimer: H2O Innovations Inc. is an advertorial member of InvestorIntel.

H2O Innovation’s growing reach in the water and wastewater business

H20 Innovation explains why mining is thirsty for water