August 10, 2022 (Source) – MOLTEN METALS CORP. (CSE: MOLT) (the “Company“), formerly “Battery Elements” is focused on acquiring and recommissioning past producing Antimony operations with the objective of becoming a meaningful player, producing several thousand tons a year over the next 3-5 years.

In addition to our West Gore optioned property in Canada, in November 2021, Molten Metals established Slovak Antimony Corp as a wholly-owned subsidiary of Molten Metals. The Company has the express purpose of staking and reviving past- producing Antimony and Tin Assets in Slovakia.

Slovakia has been at various times the largest source of mined antimony in Europe. The antimony ores began to be extracted in the late 18th century at depoists at Pernek and Pezinok. Around 1840 mining began at the deposits Liptovska Dubrava and Magurka. In Spis and Gemer regions the mines at Spisska Bana, Cucma and Poproc were initiated.

By the 1980s, Slovakia had become the largest producer of Antimony in Europe with the number of mines still in operation right up until the fall of the Iron Curtain in 1989. These had continued to operate despite the Chinese predatory pricing that had shut down most of non-Chinese sourced Sb production after 1984. However, with subsidies removed, low prices and difficult economic conditions post-1989, the last remaining mines were shuttered in the early 1990’s despite still containing substantial identified Antimony resources.

In July 2022, Slovak Antimony Corp acquired an Antimony/Tin processing circuit in Eastern Slovakia. The components of the production line have varying daily/ hourly throughputs, but the key ball mill has a rate of 7-15 tpd which essentially dictates the rate at which the whole flowsheet will operate.

Tienesgrund – Spisska Bane (“Tienesgrund”) was awarded to Slovak Antimony Corp last year and we are in the process of commissioning our processing plant with the goal of processing, initially, the dumps from our Tienesgrund project and reopening the adits over the next quarter.

The Tienesgrund deposit consists of Antimony-Gold rich veins that run from the upper end of the Bystry Potok Valley and extend to the Štofová Valley with this long mineralized belt terminating in the Tienes Valley south from Kloptaň Hill.

The three veins all run in parallel and all contain gold. Two of these veins were mined until 1939 but are known to still contain significant reserves.Tienesgrund represents the first project that Slovak Antimony Corp has been awarded and the expectation is that once we start operations that we will receive more opportunities within the country. 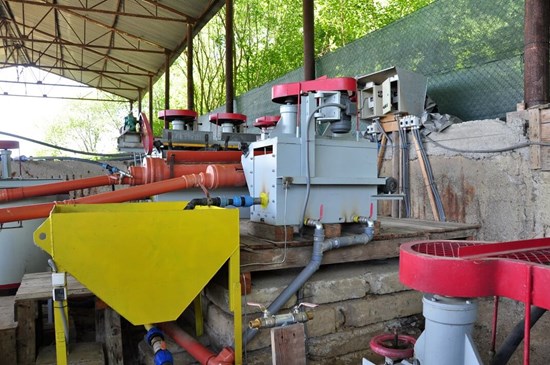 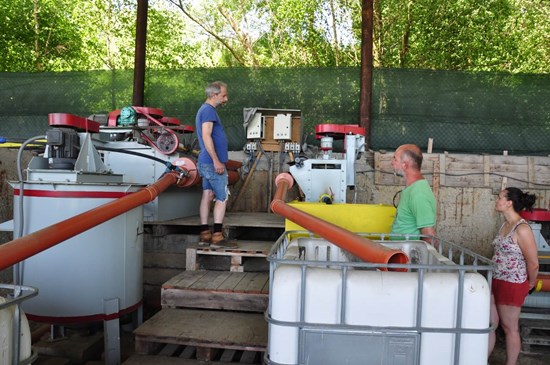 Antimony (symbol Sb from the Latin word stibium) is a silvery white metal. Antimony oxide is primarily used in fire-retardant formulations for plastics, rubbers, textiles, paper and paints, whereas Antimony trisulfide is used in the production of explosives, pigments and antimony salts.

It can also be used for producing semiconductors, infrared detectors and diodes. Because of its relative inflexibility, it is usually mixed into alloys for further application, e.g., manufacture of lead storage batteries, solder, sheet and pipe metal, bearings, castings etc.

Molten Metals Corp. is a mining company exploring for and developing antimony projects. Antimony is a critical element with many industrial applications. For further information, please refer to the Company’s disclosure record on SEDAR (www.sedar.com) or contact the Company by email at brooklyn@batteryelements.com or by telephone at 778.918.2261.

On Behalf of the Board of Directors

Certain statements in this news release are forward-looking statements, including with respect to future plans, and other matters. Forward-looking statements consist of statements that are not purely historical, including any statements regarding beliefs, plans, expectations or intentions regarding the future. Such information can generally be identified by the use of forwarding-looking wording such as “may”, “expect”, “estimate”, “anticipate”, “intend”, “believe” and “continue” or the negative thereof or similar variations. The reader is cautioned that assumptions used in the preparation of any forward-looking information may prove to be incorrect. Events or circumstances may cause actual results to differ materially from those predicted, as a result of numerous known and unknown risks, uncertainties, and other factors, many of which are beyond the control of the Company, including but not limited to, business, economic and capital market conditions, the ability to manage operating expenses, and dependence on key personnel. Such statements and information are based on numerous assumptions regarding present and future business strategies and the environment in which the Company will operate in the future, anticipated costs, and the ability to achieve goals. Factors that could cause the actual results to differ materially from those in forward-looking statements include, the continued availability of capital and financing, litigation, failure of counterparties to perform their contractual obligations, loss of key employees and consultants, and general economic, market or business conditions. Forward-looking statements contained in this news release are expressly qualified by this cautionary statement. The reader is cautioned not to place undue reliance on any forward-looking information.

The CSE has not reviewed, approved or disapproved the contents of this news release.

It’s been a while since I’ve had a close look at the copper chart and, in my opinion, it doesn’t […]