Highlights from the exploration program include:

ii) the identification of the historic Oldman zone (previously Oldman River zone), and

Mr. James Sykes, Vice-President, Exploration and Development, comments: “We continue to discover more of the REE mineral system (the “System“) at surface, and for many kilometres outside of the main area where we’ve been focusing exploration for the past couple of years. This suggests we’re looking at a very large System across the Property and also at depth. Our goal is to continue mapping and understanding this System, and these new occurrences give us more information for deposit targeting. We remain confident that additional surface and sub-surface exploration (i.e., geophysics and diamond drilling) will provide us with many more new discoveries.”

* Off-scale radioactivity is defined as >9,999 counts-per-second as measured with a hand-held Exploranium GR-110 scintillometer. Five new surface exposures exhibiting high to off-scale radioactivity associated with biotite-rich pegmatites, and possible monazite mineralization, were discovered on the Property; the Ermacre, Mason, Sean, Ken and Scott showings. The Ermacre and Ken zones are ~600 m and ~7.5 km northwest and southwest of the main high-grade REE Alces Lake outcrop area(s) (the “Main Outcrops“), respectively. Biotite-rich pegmatites are the rock types hosting high concentrations of monazite within the Main Outcrops. More investigation is required within each of these newly discovered areas.

The Oldman zone is currently defined as a 300 metre long trend of biotite-rich pegmatite that is similar in appearance to the high-grade REE Wilson zone (Figure 3). Radioactivity levels are variable and often off-scale. The zone is divided into 3 sections, each of which is discontinuous beneath the overburden and/or topography, making the zone open along strike and at depth. A second, sub-parallel trend 85 m northwest of the Oldman zone was also identified. This showing is small as only 5 m of the outcrop is currently exposed at surface. The showing is also discontinuous due to overburden.

Zone 3 of the historic Hawker uranium surface showings was visited. Historic drill hole results from zone 3 returned 0.39 wt% U3O8 over 1.13 m within 20 m of the surface. Grades as high as 1.03 wt% U3O8 have also been reported from historic drill intersections. A total of six (6) surface uranium zones were discovered in the Hawker area in the 1950’s. The surface uranium at Hawker Zone 3 is all fracture-hosted, with fracture sets preferentially following the north-south axial trace of a fold system, and along an east-west oriented limb. The fracture sets are part of a much larger fault system that is interpreted to be continuous at depth, as suggested by historic drill results.

The Appia field crew visited historic reported occurrences and anomalies previously identified by ground prospecting and radiometric surveying conducted over parts of the property between 1955 and 1969, and again by the Saskatchewan Geological Survey in 2011.

All radioactivity measurements were made with an Exploranium GR-110 hand held scintillometer. The GR-110 readings max out at 9,999 cps, therefore any occurrences exhibiting 9,999 cps are considered “off-scale” because radioactivity can exceed 10,000 cps. Background radioactivity on all of the outcrops ranged from 100 to 200 cps. The reader is cautioned that Appia uses natural gamma-ray readings only as a preliminary indication of the presence of radioactive materials (uranium-, thorium- and/or potassium-rich minerals) and that the results may not be used directly to quantify or qualify REE or uranium concentrations within the rock.

A total of twenty-four samples have been delivered to Saskatchewan Research Council’s Geoanalytical Laboratory, an ISO/IEC 17025:2005 (CAN-P-4E) certified laboratory in Saskatoon, SK, for multi-element analysis. Lab analysis results will be announced after they are received and reviewed by the Company.

To ensure safe work conditions were met for the workforce, the Company developed exploration guidelines that comply with the Saskatchewan Public Health Order (June 19, 2020) and the Public Health Order Respecting the Northern Saskatchewan Administration District (June 13, 2020) in order to maintain social distancing and help prevent the transmission of 2019 Novel Coronavirus. 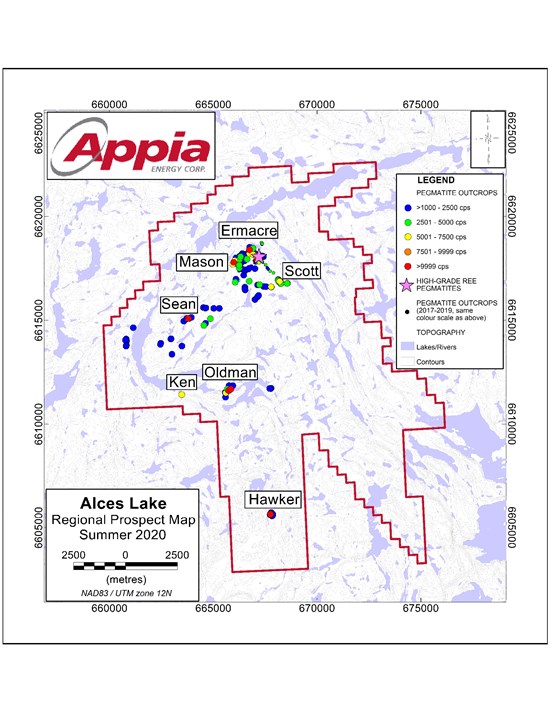 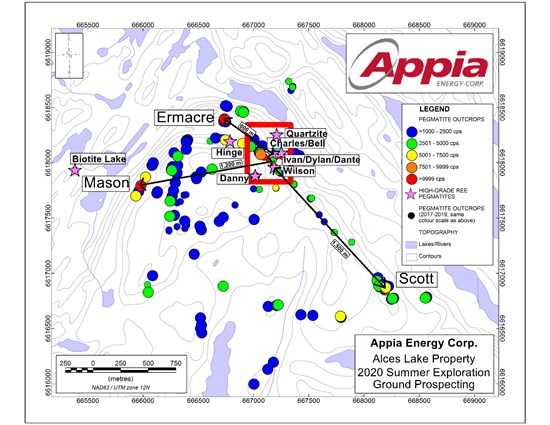 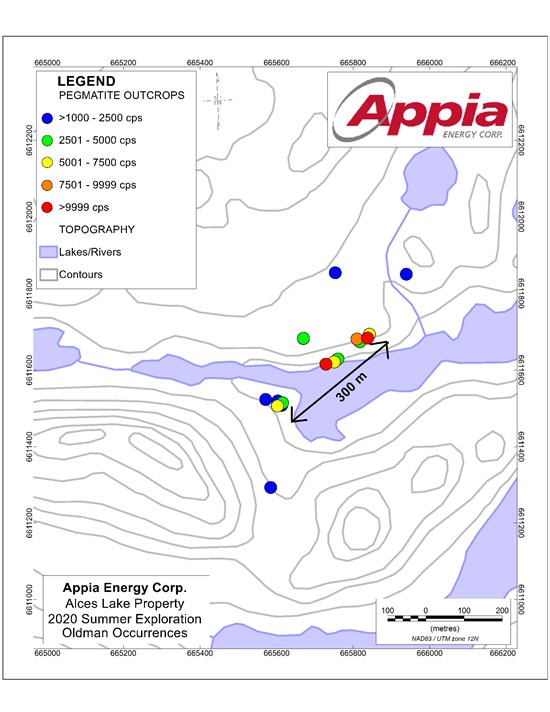 The lithium sector has been the standout of all sectors in 2021, led by lithium prices surging higher from about […]

NOT FOR DISTRIBUTION TO UNITED STATES NEWSWIRE SERVICES OR FOR DISSEMINATION IN THE UNITED STATES. FAILURE TO COMPLY WITH THIS […]