As announced on July 15, 2021, Appia has begun diamond drilling at Alces Lake with two diamond drill rigs. Field exploration is also continuing, with a team of 13 geologists onsite. The airborne geophysical survey over the entire property has been completed. Notable results include:

● Completion of an airborne radiometric/magnetic survey over the property has highlighted numerous extensive thorium anomalies, most notably in the previously under-explored western portion of the claim block (Figure 1). There are now several newly-discovered monazite occurrences (Figure 2);
● Acquisition by staking of 7,049.4 hectares (17,419.4 acres) of land contiguous to the existing claim block at Alces Lake, increasing 100% owned landholdings to 25,083.8 hectares (61,983.4 acres);
● Commencement of diamond drilling, with two drills currently active on the property. One drill is dedicated to the WRCB zones, while the other moves across the claims block, testing an ever-growing list of previously undrilled and newly-discovered targets; and
● Planned diamond drilling has been increased from approximately 5,700m to 7,200m or more as a result of successful exploration activities.

An airborne radiometric and magnetic survey was flown in June and July at 50m line spacing. The survey has identified numerous thorium anomalies including a large thorium anomaly in the western portion of the property (Figure 1, the “Western Anomaly”) which has resulted in the discovery of several monazite-rich outcrop occurrences (thorium is associated with monazite which hosts rare-earth elements at Alces Lake). There are numerous anomalies remaining to be explored in this new area. 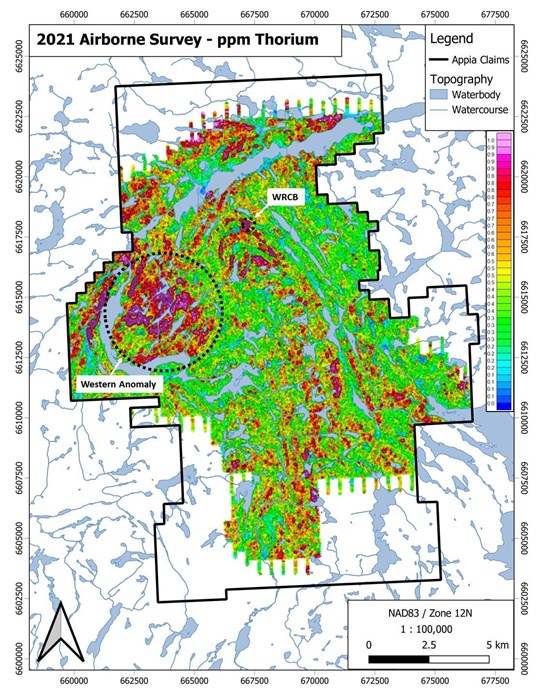 Figure 1 – Airborne survey showing thorium anomalies and location of the Western Anomaly within the core of a large regional fold.

Most notably, the Sweet Chili Heat zone (“SCH”), among others (Figure 2), is a new discovery that was found as a direct result of the new airborne survey. The SCH is hosted in a biotite-rich shear zone and contains both “augenetic pods” of semi-massive monazite (Figure 3) and coarse grained disseminated monazite (Figure 4). Monazite mineralization has an exposed strike length of ~25m, with elevated radiation readings continuing under ground cover for an additional ~30m. Drilling has been planned and prioritized in the current program for this exciting discovery. 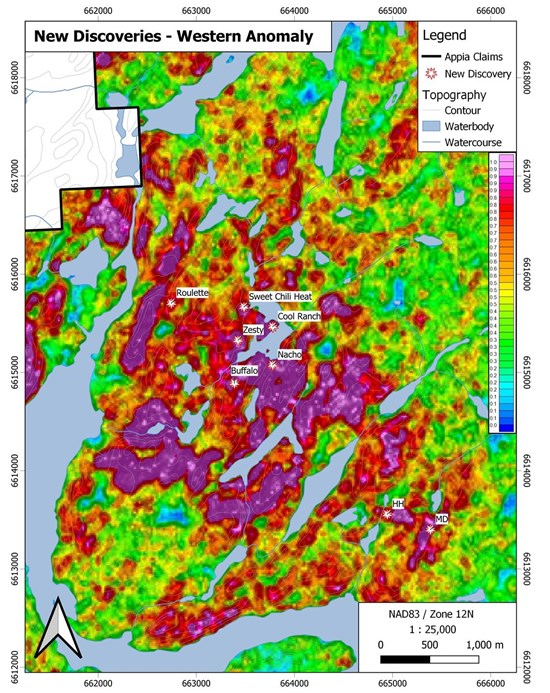 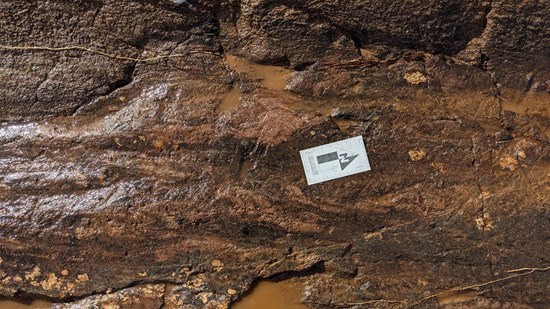 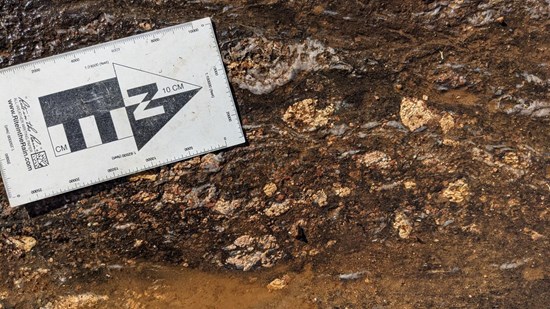 Nicolas Guest, Alces Lake Project Manager noted that “The new airborne survey correlates nicely with known REE mineralization and has led directly to the discovery of several new monazite occurrences. We are excited about this sizeable thorium anomaly within the core of a prominent regional fold structure. This greatly expands the potential at Alces Lake and the Western Anomaly area is now as compelling a prospect as our existing discovery at WRCB. We still have much of the survey area left to explore and with a new all-season camp, we are well-positioned to extend the drilling season into the colder months.”

Approximately 7,200 metres of drilling has been planned to test the near-surface and down-plunge extents of new and existing rare-earth targets, up from the previous plan of 5,700+ metres and total drilling could exceed 10,000 metres. More than 4,000 metres will be dedicated to identifying the depth potential of the WRCB zones (cumulatively the Wilson-Richard-Charles-Bell and Ivan-Dylan-Dante zones) and help complete the understanding of this significant discovery. Drilling results are expected to be released as received and analysed by the company.

The Company is fully-funded for the expanded 2021 program and all required permits for the exploration activities are in-hand.

With the largest exploration and diamond drilling program in the Company’s history now underway, exploration results will be released as received and analyzed by the company. Analysis of the summer exploration and drilling program will follow and may lead to the preparation of an NI 43-101 (Technical Report with 3D Geophysical-geological Models & Preliminary Economic Assessment) report expected near the end of 2021. The Alces Lake project encompasses some of the highest-grade total and critical* REEs and gallium mineralization in the world, hosted within a number of surface and near surface monazite occurrences that remain open at depth and along strike.

The Alces Lake project is in northern Saskatchewan, the same provincial jurisdiction that is developing a “first-of-its-kind” rare earth processing facility in Canada, currently under construction by the Saskatchewan Research Council and is scheduled to become operational in late 2022.

Appia is a Canadian publicly-listed company in the uranium and rare earth element sectors. The Company is currently focusing on delineating high-grade critical rare earth elements, gallium and uranium on the Alces Lake property, as well as exploring for high-grade uranium in the prolific Athabasca Basin on its Loranger, North Wollaston, and Eastside properties. The Company holds the surface rights to exploration for 72,651 hectares (179,525 acres) in Saskatchewan. The Company also has a 100% interest in 12,545 hectares (31,000 acres), with rare earth element and uranium deposits over five mineralized zones in the Elliot Lake Camp, Ontario.

Making the case to use garbage to produce renewable fuel, ESG investors look to Cielo to lead the way

“Just because people throw it out and don’t have any use for it, doesn’t mean it’s garbage.” ― Andy Warhol Waste […]

Ideanomics to Give Keynote Presentation at 2021 MOVE America

September 21, 2021 (Source) — Company to showcase technologies from WAVE and Energica at a global event for mobility innovators […]

Troilus Drills 4.40 g/t AuEq Over 12 Metres Within a Broader Intersection of 2.10 g/t Over 31 Metres in the J Zone; Confirms +50 Metre Down Dip Mineral Extension