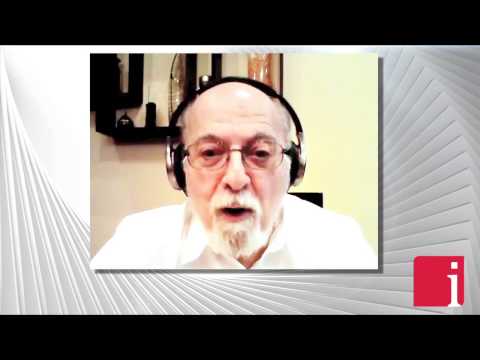 Uncertainty at Molycorp and strong developments at Tasman, Northern Minerals and Alkane Resources

July 17, 2014 — Tracy Weslosky, Editor-in-Chief and Publisher of InvestorIntel speaks with Jack Lifton, Founding Principal of Technology Metals Research (TMR), LLC talk about the state of the rare earths sector, starting with Molycorp (NYSE: MCP). Molycorp has been using up cash at an alarming rate and it may well have to restructure and re-finance to survive. Nevertheless, Molycorp still has sufficient cash to be able to pursue new suitors, according to Jack, and this makes them a target for the ‘turnaround artist’. Jack says that he expects much activity at Molycorp but not the kind needed “to produce rare earths”.

Tracy suggests that Molycorp may well be ready to make some important management changes and that the current CEO, Geoff Bedford, will be one of those paying a high price. Jack suggests that the situation is not unlike what happened at Lynas (ASX: LYC), where a ‘technical’ CEO, Eric Noyrez, was replaced by one with finance background. As for Noyrez, he is still at Lynas to help deal with administrative matters and he is supposed to continue through August, returning to France in September. However, Jack, who will be visiting France at the end of July, says that he would not be surprised to run into Noyrez, expecting the transition period to ‘accelerate’.

Of course, the rare earths sector is much bigger than Molycorp and Lynas and in particular — three additional companies have been drawing considerable attention from investors and media. On July 10, Tasman Metals Ltd. (TSXV: TSM | NYSE MKT: TAS) announced that a heavy rare earths-rich concentrate was been precipitated during the hydrometallurgical testing at its Norra Karr heavy rare earths project. Jack says he is quite impressed by Tasman and that he will disclose additional reason for this optimism in the next few weeks.

Northern Minerals (‘Northern’, ASX: NTU) is one of the rare earth stocks that has been performing well in the markets. Jack recently spoke to Northern’s CEO and Managing Director, George Bauk, noting, “They are really headed in a good direction….as far as I know Northern has the largest xenotime deposit anywhere, and I’m not surprised that there’s so much Chinese interest. What is surprising is that they did not want to hand it over to Chinese investors.” More significantly, the Chinese’s interest in Northern reinforces Jack’s theory that “China is worried about their supply of the heavy rare earths such as dysprosium or yttrium: remember that xenotime is 60% yttrium and 8-9% dysprosium: “I’d rather have a Northern Minerals than ten Molycorps”, says Jack.

The Australian-Japanese free trade agreement that was signed a few weeks ago also brings good news, especially for Alkane Resources (ASX: ALK | OTCQX: ANLKY). Alkane has an offtake agreement with the Japanese magnet manufacturer Shin-Etsu. Jack observes that Australia has no demand for technology metals. Any company, like Alkane, mining technology metals in Australia must first find the right export market for that product. Jack and Tracy also discuss Stans Energy (TSXV: HRE) and the ruling from an international arbitration court in Moscow demanding the Kyrgyz government to pay the Company the sum of USD$ 118 million in compensation.

Jack does not envy Stans, noting that getting their money is going to be challenging, but he leaves them with a question: “what process was used at the Stans plant to separate rare earths. Yes, I understand it was solvent extraction, but what did they do after to purify it, because there have been a lot of developments in downstream technology and I would like to know what the Russians have done.” Finally, Jack and Tracy review some developments at some of the rare earth mining companies in the United States including Texas Rare Earth Resources, Ucore and Rare Element Resources, which Jack believes will have some surprising announcements. Tracy adds US Rare Earths to that list, leaving Jack with a note to call…

Disclaimer: All of the companies that Tracy Weslosky, Jack Lifton and all of the InvestorIntel editorial columnists are disclosed in their biographies. All clients of InvestorIntel are posted on the right hand columns of the various sections on InvestorIntel, and are linked directly to their sites. For more information, contact info@investorintel.com.