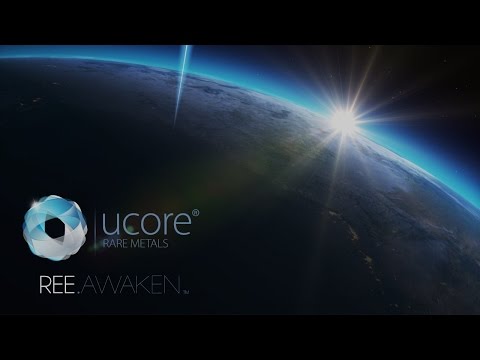 Ucore (‘Ucore’, TSXV: UCU | OTCQX: UURAF) boasts one the largest NI 43-101 compliant heavy rare earths (HREE including dysprosium, terbium, and yttrium) projects – the Bokan Dotson-Ridge Project (‘Bokan’) in North America. Ucore is one of the few rare earths mining juniors that continues to run its course toward production and Company executives such as President Jim Mckenzie have undertaken what might be described as a road show to discuss the merits of its resource and technology. Ucore’s deposit is rich in heavy rare earths (HREE), which means that it will have the kind of critical products that attract the highest demand from end users. The Bokan project hosts a potential World class deposit for dysprosium, used to make high-tech m Magnets for modern defense contractors. In 2012, the US Defense Department entered into a strategic partnership with Ucore to bring the resource into production, showing the extent to which the US government wants ways to reduce reliance on China for rare earths. Technology was always going to be one of Ucore’s most appealing aspects both because of its targeted end users and, more significantly in this pre-production phase, thanks to its testing of advanced processing methods such as Molecular Recognition Technology (“MRT”).

MRT allows for the production of a near quantitative separation of heavy rare earth concentrate “consisting of 99+% of rare earth elements from a pregnant leach solution (PLS)” using beneficiated material sourced from Ucore’s property in Southeast Alaska. In order to achieve the separation of individual high purity rare earth salts it is necessary to first achieve a high purity HREE Concentrate. The PLS tests, performed Advanced Technologies, Inc. in Salt Lake City, Utah, “yielded a >99% pure HREE Concentrate, separated as a group, using proprietary MRT SuperLig® resins in fixed bed format.” The resulting HREE Concentrate is a carbonate salt rare earth concentrate that includes critical REE’s from samarium to lutetium. Ucore can then use these salts to deliver products based on specific customer requirements, producing anything from oxides, to nitrates, carbonates or any other salt for each individual REE metal, according to specifications, while retaining the ability to sell the HREE concentrate itself to other rare earth separation facilities. So revolutionary is Ucore’s separation technology that, if proven successful, it could spur research into alternative rare earth separation technologies and a quest for licenses from other miners to either adopt MRT for their own processing facilities or to use Ucore’s own.

Ucore expects MRT to lower its CAPEX both because the refinery will be on-site and because it will greatly reduce environmental risks. MRT is a far cleaner process than the more common solvent exchange method used in China, ensuring long term community and political support for the project (as well as removing several risks to investors) because it is more environmentally sustainable. Ucore can now start working on the Bankable Feasibility Study (BFS) for the Bokan Project. The BFS will have to take MRT and the resulting metallurgical tests into account but Ucore intends to proceed quickly, because the Company expects construction of the mine at Bokan to begin in 2016, which means that corporate development will have to speed up.

The state of Alaska has already shown strong support for Ucore absorbing some 66% of the CAPEX costs through special financing measures passed by the Alaska Senate earlier in 2014 in the form of Senate Bill 99 (SB99), which authorizes the Alaska Industrial Development and Export Authority (AIDEA) to issue bonds to finance up to USD$ 145 million for Ucore’s Bokan-Dotson Ridge rare earth element project. Alaska described Ucore’s importance to the State and to the United States, in general, in the context of the need to reduce reliance on foreign sources for critical minerals. One of the main risks involved in rare earths mining has been financial; however, SB99 (and its related bonds) has essentially de-risked the project by dropping the total CAPEX of the project to about USD$ 220 million, well below the industry average of USD$ 1 billion (or more). Ucore has secured several advantages: it has a small CAPEX, a huge growth potential and a clear path established leading to production, which will be characterized by a high concentration of dysprosium based on samples from Bokan, which should please Ucore’s management and investors alike.