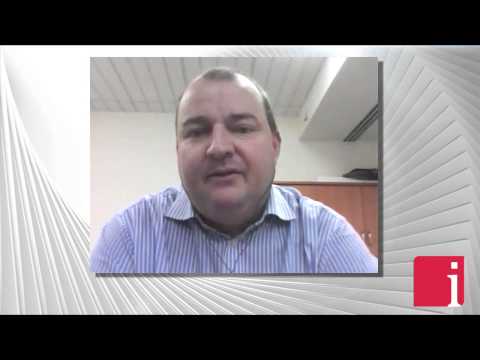 Townsend on closing Peak’s rare earth financing for $29.5M and being competitive with the Chinese

August 25, 2015 — In a special InvestorIntel interview, Tracy Weslosky, Editor-in-Chief and Publisher for InvestorIntel interviews  Darren Townsend, Managing Director for Peak Resources Ltd. (ASX: PEK) on their recent closing of their bankable feasibility study financing for $29.5M with the Appian Fund and IFC.  In this interview, they discuss the cost advantages of Peak’s concentrate grades and the impact on their metallurgy processes. With Peak’s Ngualla Rare Earth Project in Tanzania as their focus, the cost of production of the magnetic materials neodymium and praseodymium is anticipated to make them competitive with the Chinese.

Tracy Weslosky: I’m very enthusiastic about getting to get an update on Peak Resources because you’ve done just about nobody else in the entire market is capable of doing right now, you’ve raised money Darren. Congratulations.

Darren Townsend: Thanks Tracy. We’re pretty proud of that. It’s taken us a while to get it all done. Obviously we’ve been through a pretty extensive due diligence process, but we’re very proud of the team and the company for achieving that milestone.

Tracy Weslosky: Well, let’s be a little clearer. You’ve raised $30 million towards finishing your bankable feasibility study. Is that correct?

Darren Townsend: We’ve actually raised $20 million so far. We’ve got another $10 million to come, that will be determined by certain milestones, but yes, we’ve got $20 million. We had a bit of debt, about $9 million dollars worth of debt so we cleared all that out. Now we’re well funded and very much in the thick of the bankable feasibility study at the moment.

Tracy Weslosky: So in addition to raising this money and working towards your bankable feasibility study, you raised this money with two sizeable partners, the Appian Fund and the IFC. Can you talk to us a little bit more about your partnerships?

Darren Townsend: Our partnership with Appian and the IFC goes a lot further than just financing. There’s a lot of strategic assistance with the work programs as well, as they have a lot of operational experience with guys from Rio Tinto, Anglo America. Appian have raised collectively over U.S. $200 billion dollars for mining projects historically and also they’ve built over 30 mines in Africa. They come with a lot of pedigree in terms of financing projects and also building projects. IFC, of course, are great to have on board. IFC have invested over $400 million dollars into Tanzania alone and they’re obviously a great partner to have in terms of insuring the work to top tier environmental and social standards. Very pleased to have both those groups involved.

Tracy Weslosky: I think your last point there is something I’d like to ask you a little bit more about. Does the IFC think Tanzania is the greatest country in the emerging markets of Africa or was it you and your team that brought them into Peak Resources?

Darren Townsend: No. The IFC invest in a lot of different developing economies and certainly Tanzania is one of many that they invest in, but this is the IFC’s first investment into a rare earth project so very happy to have them on board. To access the rest of this interview, click here

Disclaimer: Peak Resources Ltd. is an advertorial member of InvestorIntel.