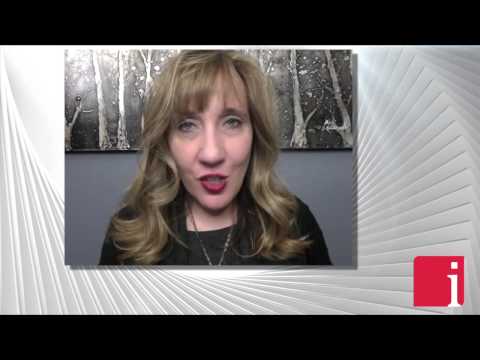 February 2, 2015 — Tracy Weslosky, Editor-in-Chief and Publisher of InvestorIntel speaks to Anthony Marchese, Chairman of Texas Rare Earth Resources Corp. (OTCQX: TRER) about the addition of rare earth leader Eric Noyrez to the Board of Directors and the competitive economics of being a ‘premier’ global heavy rare earth project based in North America. They also discuss other mineable resources such as uranium and lithium that Texas Rare Earth Resources has, along with the rumor that China has stolen F-35 data and how this relates to rare earths.

Tracy Weslosky: I’ll tell you, I’m dying to ask you, how the heck did you secure Eric Noyrez for your Board of Directors?

Anthony Marchese: Well, through a lot of hard work, perseverance and, most importantly, Eric coming to the realization that we are, in my opinion, the premier heavy rare earth project, not only in North America, but in the world.

Tracy Weslosky: We know the InvestorIntel audience has been debating thoroughly, and, of course, I love Christopher Ecclestone’s piece on The Ant and the Grasshopper featuring you (Texas Rare Earth Resources Corp.). You’re certainly garnering a lot of attention from analysts right now because of your recent progress on your metallurgy. Talk to us about this.

Anthony Marchese: Well, this is the first time we’ve been able to publically about our metallurgy because of the prohibition relative to our rights offering that we just concluded yesterday. We have made significant progress, rather, in our metallurgy because we’ve been able to finally show the world the most difficult part of processing, which is we have proven that we can take hard rock, leach it and take out most of the impurities to the point now where we are ready to separate by element and separate by class.

Tracy Weslosky: Of course, this is a very critical point, which we’re, you know, in a very difficult topic of critical materials, and that’s about economics. You’ve also been able to clarify the economic advantage of Texas Rare Earth Resources. Can you tell us a little bit more about that?

Anthony Marchese: One of the criticisms that we’ve heard in the past regarding Texas Rare Earth Resources is the fact that we have a very low grade. It may be a surprise to people that in fact the Chinese clay deposits of which most of the world or all of the world’s rare earths come from actually are at a grade equal to or lower than that of Texas Rare Earth Resources. Nobody doubts the Chinese’s ability. Why? Because it’s all about net profit. It’s not about revenue. It’s not about expense. It’s about, can you process at a cost less than you can sell it? That’s what Texas Rare Earth Resources’ economics are all about. We outline that in our PEA. If anything the numbers from the PEA relative to our recent metallurgy have gotten even better.

Tracy Weslosky: Alright so we have some economic advantages and of course we have political advantages. While I touched on Eric Noyrez joining your board, he’s joined a substantial board of directors and management team that you’ve already put together. Can you just remind our audience of what you’ve already put together and what you are building on?

Anthony Marchese: Well, in addition to Eric who, as I said earlier is just a knowledgeable individual and a very nice individual, more importantly, we also have…to hear the rest of the interview, click here