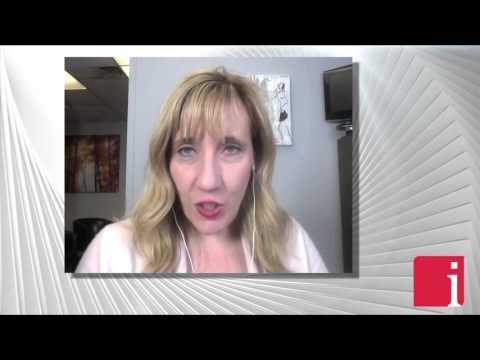 October 11, 2015 — Tracy Weslosky, Editor-in-Chief and Publisher of InvestorIntel speaks to Anthony Marchese, Chairman of Texas Rare Earth Resources Corp. (OTCQX: TRER) about the recent announcement for the strategic materials research contract with the U.S. Defense Logistics Agency (DLA). Understanding the significance that “this is the first time the United States has ever given anybody a contract to produce anything”, Anthony goes onto to price point benefits of producing certain rare earths at ultra-high purity. Anthony will be on The impact of China’s economic turmoil & challenges in today’s technology metals supply chain panel at the upcoming Global Technology Metals Market summit on Wednesday, October 14th in Toronto, Canada.

Tracy Weslosky: I’m so delighted to be discussing your most recent news release — a substantial announcement for the overall industry. Are you not the first rare earth company to have a deal with the U.S. Defense Logistics or is this not the Department of Defense?

Anthony Marchese: As the press release pointed out, the deal is part of the Department of Defense. They are responsible for this particular division, which gave us the contract and is responsible for the stockpiling of rare earths. To the best of my knowledge this is the first time the United States has ever given anybody a contract to produce anything. I know in the past they’ve given small contracts for research into study of the market, but in terms of production, this is I believe the first of its kind.

Tracy Weslosky: Well, can you give us the ten-story vantage point on this deal? Because I know Jack was trying to explain how much bigger this is, but I’d like to hear it from you…

Anthony Marchese: Obviously the terms of the agreement are exactly what’s in the press release. I have to be careful about what I say due to confidentiality, but as the press release stated the DLA is interested in bench scale quantities of certain rare earths. They’ve mentioned two, yttrium at an ultra-high purity level five nines or better and yttrium which they’re looking for a standard four nines. They’re also interested in a third, which at their request we’re not disclosing and that’s also an ultra-high purity. I don’t think people quite take into account or appreciate the ultra-high purity nature of two of those three. Ultra-high purity products sell anywhere from three to five times the market price. So for example, yttrium today if you could produce it at a five or six nines would trade at roughly three to four times the market price. For us there’s an opportunity not just to show the DLA, obviously the Defense Department by extension that we could do this — but secondly it adds a new dimension to our economics because we could go out and sell a certain portion of our output at a significantly higher price than that quoted in metalpages or the Chinese internal market. It’s significant on two levels.

Tracy Weslosky: Anthony according to my conversation with Jack what he was really stressing about this new release was kind of like an acknowledgement from the government for your extraction technology. Can you talk to us just a little bit more and give the InvestorIntel audience an overview about the K-Technologies and Texas Rare Earth extraction technology process because Jack seems to be a very strong enthusiast and  supporter of this…to access the complete interview, click here

November 10, 2015 — I would like to take this opportunity to thank everyone who attended the Technology Metals Summit […]