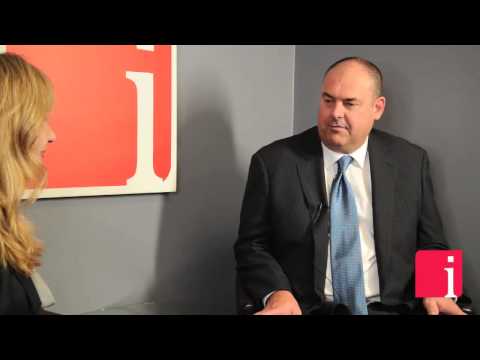 Talga Resources’ on breaking the cost barrier for producing graphene

June 23, 2015 — InvestorIntel Publisher Tracy Weslosky in an interview with Mark Thompson, Managing Director for Talga Resources Ltd. (ASX: TLG) discuss operating what is arguably the world’s highest grade NI 43-101resource for graphite. A resource-based company, Talga is now moving into the technology materials space with plans to start producing commercial-grade graphene at one of the most cost effective prices in the world.

Tracy Weslosky: Mark I don’t think I’ve ever worked harder to get a client then I worked to get you. I got up several mornings in a row at two o’clock in the morning. I called and called and called after your news release about your demonstration plant in Germany. You’re dealing in one of the hottest areas in the technology metals sector. Graphene processing, let’s start there.

Mark Thompson: Yeah, we’ve recently announced the news that we’ve secured a site in Germany to start processing our high-grade graphite ore from Sweden and take that down to Germany and process it where it’s close to a university research program and close to all the big end-users for graphene — this is pretty significant as far as we can get processing now.

Tracy Weslosky: I’m going to back you up because I think this more than significant. I think this is world-class news. My understanding is that you’ll be able to create commercial-grade graphene at one of the most cost effective prices in the world and you’ll be able to start producing some of these samples in this pilot plant as early as July. Is that correct?

Mark Thompson: Yeah, that’s true. We do have a different way of making it. In our scoping study, if you look at that, that we published late last year you’ll see that our overall production costs for our graphene is actually the same as for graphite. We actually make it at those, sort of, levels and very large volume. Potentially this pilot plant will be at full scale about the largest producer in Europe. We’ll run that on and off for several years until full scale development is ready for the main site in Sweden at which point it will be one of the biggest graphene producers in the world. The main advantage is about cost, removing that cost barrier.

Tracy Weslosky: For our InvestorIntel audience, if Mark and their team, Talga, can do what they claim they can do I’ll never be able to get this close to Mark again. Mark, for our audience that may not have heard of Talga before, can you give us an overview of what is Talga Resources?

Mark Thompson: Talga is an Australian listed company that’s operating the world’s highest grade NI 43-101resource for graphite. We are essentially now becoming the world’s largest graphene producer in a way from this rock. We also have some other assets in Sweden that we’re developing. We’re a resource-based company that’s now moving into the technology materials space.

Tracy Weslosky: I understand that Talga has one of the largest deposits in the world. Can you tell us a little bit more about the actual size and give us more details on the grade please? To access the rest of the interview, click here