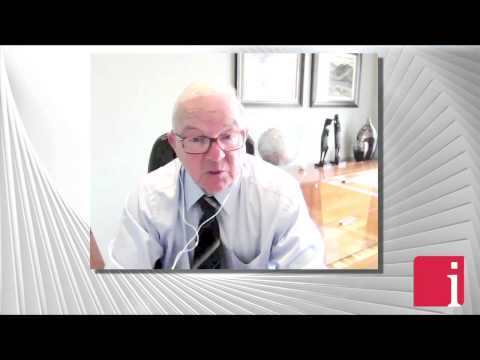 Star Minerals says that rare earths, manganese, lithium and batteries are the keys to its future

June 24, 2014 — Tracy Weslosky, Editor-in-Chief and Publisher for InvestorIntel, speaks with Jim Engdahl, Director, President and CEO for Star Minerals (‘Star’, TSXV: SUV) about its critical metals exploration and acquisition activities in Saskatchewan and Alberta, Canada. From 2006 until 2012, Jim was the President and Chief Executive Officer of Great Western Minerals Group (GWMG), which has primarily engaged in developing rare earth minerals in South Africa while also producing earths based alloys and other related value added products. Tracy asks Jim if Star will be focusing ever more on the acquisition side of the business. Jim says that when he left GWMG he had agreed to take some non- core assets such as Hoidas Lake, a great property “that was sitting kind of dormant with not a lot of attention to it and …..We were very familiar with it and felt that it was a tremendous property.”

Jim searched for a junior with cash in order to take over the Hoidas property and found it in the form of Star Uranium, which was then converted to Star Minerals. Indeed, Jim has considerable experience in raising capital, having procured some USD$ 150 million for GWMG. Tracy, points out that Star recently announced having formed a joint venture with a private Montana gold operator to lease some claims and take over management of the Casey-Snyder placer gold operation near Drummond, Montana. Jim says that the lease will enable Star to secure long term cash flow that will allow it to pursue its core exploration assets, stressing, however, that Star “is not in the gold business”. Rather, Star wants to focus on its targeted projects at Hoidas Lake, manganese, graphite along with additional rare earth targets and “they are all related in some form to the recent announcement of Tesla’s recent announcement of the Giga Factory for batteries.”

Jim adds that vanadium is another mineral that Star wants to develop, given its role in battery production. As for specific metals that Star is targeting to address demand from the electric car industry, Jim stresses the industry demand for it and that Star will be pursuing these resources as a priority. Finally, Tracy prompts Jim to offer his thoughts on GWMG. Jim says that there’s every reason to expect that GWMG’s original assets will “come into fruition”, adding “I’m still holding out a lot of hope that they can get the financing for the next stage to get there and to be one of the first into production in the industry and I think there is still a good chance of that.”

July 15, 2014 Correction Notice:  Jim Engdahl, President and CEO of Star Minerals Group Ltd. has requested that the following correction be posted with respect to his description of the timeline of entering into the Hoidas Lake Joint Venture.  Prior to Mr. Engdahl’s resignation from the board of Great Western Minerals Group Ltd. (“GWMG”) on November 21, 2012, GWMG was evaluating the framework for a possible arm’s length transaction with Star Uranium Corp. (as Star Minerals Group Ltd. was then named).   After Mr. Engdahl’s resignation, GWMG elected to defer all negotiations relating to any possible transaction until the transaction could be freshly considered at the discretion of, and on terms determined by, the yet to be appointed CEO of GWMG and GWMG’s restructured board.  On May 29, 2013 the parties concluded the initial negotiations of a completely new transaction structure and entered into a letter of intent in respect of the Hoidas Lake joint venture.

Disclaimer: Star Minerals is an advertorial member of InvestorIntel.