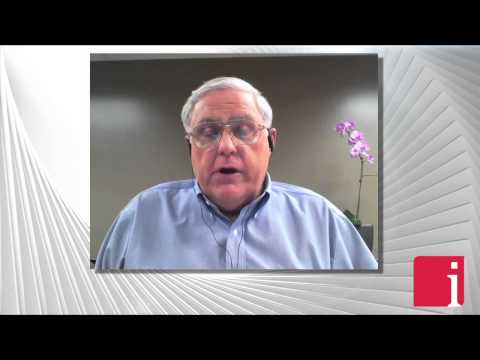 August 28, 2014 — Tracy Weslosky, Editor-in-Chief and Publisher of InvestorIntel, speaks to Randy Scott, President, CEO & Director of Rare Element Resources (‘RER’, TSX: RES | NYSE MKT: REE) about the Company’s Pre-Feasibility Study (PFS) on the Bear Lodge Project, which was published on August 26.  Randy said that one of the most significant points of the PFS is the initial CAPEX being a low USD$ 290 million. This is a result of two things: planning and good fortune. The plan was always to build a reasonable project that balanced low CAPEX with meaningful penetration of the market. The good fortune comes from the expanded Measured and Indicated mineral resource with the potential for additional high-grade mineralization as well as the identification of heavy rare earth (HREE) enriched exploration targets, and Bear Lodge’s Wyoming location, which is surrounded by excellent infrastructure.

Several things have contributed to significantly de-risk the project, says Tracy. Randy says that the low CAPEX is in itself a significant de-risking factor. “The other thing that’s happened over the last several months, since we announced our proprietary technology (our process technology), is that we’ve gone through extensive pilot plant testing.” RER was also able to delineate a high grade ore zone that contributed to its short 2.9-year payback period. Tracy observed that RER was very conservative in its REE pricing projections. Randy predicts that the rare earths industry will experience some major changes in the next few years. “My own personal view is that when the large companies in China can’t make money and they’re faced with rising labor and environmental costs; that means something has to change. We think that we’ve seen the bottom of those prices, and we’re hoping that prices will continue to move up.”

The projected mine life is 45 years. Randy said that the first nine years will see the processing of the highest grade of the resource at an average grade of 4.7 percent, while the total proven and probable reserve is estimated to be an average grade of 2.8 percent. This extended period of mining high-grade materials as well as the low capital contribute to the short payback period. Randy is very optimistic that the first two years will see the production of grades even higher than the average 4.7% stated above; “and that obviously contributes to a rapid payback.” Randy observes that the project is rich in the magnet materials and is one the highest grade europium deposits in the world.

Disclaimer: Rare Element Resources is an advertorial member of InvestorIntel.