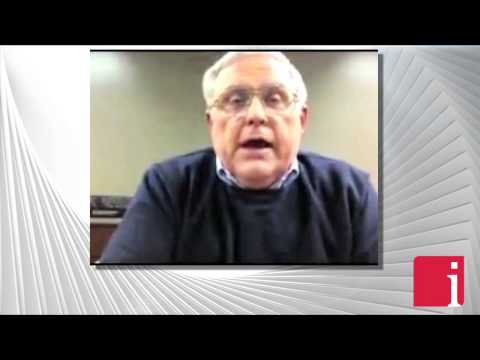 November 20, 2014 — In a special InvestorIntel interview, Tracy Weslosky, Editor-in-Chief and Publisher for InvestorIntel interviews Randy Scott, President, CEO and Director of Rare Element Resources Ltd. (NYSE MKT: REE | TSX: RES) about their recent series of news releases, including but not limited to the patent-pending technology and their recent trenching program with assays results.

Tracy Weslosky: Now you’ve had a couple of major milestones here in the last month. I think what I’d like to start with is you recent filed an application for a provisional U.S. patent on the technology for the selective precipitation and the process to — technology to extract cerium and thorium. Did I get that correct?

Randy Scott: Yes, that’s correct. That’s actually one of two patents that we filed over the last month or so now.

Tracy Weslosky: Why would a company need to file a patent on the processing technology?

Randy Scott: The processing, particularly the separation side of things, is very competitive. We’ve been spending a lot of time and a lot of money trying to look at adding value to our concentrates, which we think we’ve done nicely with the pure concentrate we’re producing, but because of that we wanted to look at going up the value chain and further separating the products. We’ve had test work underway now for a couple of three months to try to evaluate how our concentrates would perform if we develop technology to further separate them.

Tracy Weslosky: Of course this goes hand in hand with your assay results that you also just put out. Maybe you can explain what these results were.

Randy Scott: From a separation side, we’ve been able to develop technology that is able to remove cerium and thorium in one selective precipitation step. Then we followed that with the ability to do solvent extraction, but only one or two stages of solvent extraction, to look at further purifying the material and actually separating the rare earths into light rare earths.

Tracy Weslosky: And of course you’re building— you have plans for a large-scale demonstration plant. Is this correct?

Randy Scott: We’ve moved forward with that as well. You know, as a result of the preliminary feasibility study and the multiple pilot plants that we’ve done on the project we felt that it was a good time to look at moving up into even a larger scale production, almost commercial production facility. What we’ve done is we’ve gone out this summer and taken a 1,000 ton sample from a near surface exposure of our high-grade material. This is where the preliminary feasibility study has the initial mining starting. We wanted to be able to confirm these high-grade zones. We were able to do that by trenching approximately 225 feet and then sampling that as well. We were very pleased by the average grade of 10.1% for that 1,000 tons that came back for us.

To hear the rest of the interview, click here

In this episode of InvestorIntel’s Critical Materials Corner with Jack Lifton, Jack talks about President Biden’s American Jobs Plan which details how […]