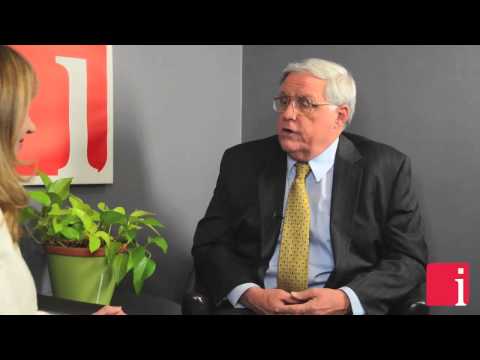 March 23, 2015 — Randy Scott, President, CEO and Director of Rare Element Resources Ltd. (NYSE MKT: REE | TSX: RES) in an interview with Tracy Weslosky, Publisher for InvestorIntel speaks about their +177% stock movement and their recent series of news releases, including but not limited to the Wyoming Legislature unanimously passing a support resolution for the Bear Lodge Project. This Resolution recognizes the significance of re-establishing a strong domestic rare earth production base in the U.S.

Tracy Weslosky: You had really large news about the Wyoming government standing behind you. I’d love for you to tell us what that really means.

Randy Scott: Sure. As you know, the state of Wyoming is a great place to do business if you’re a natural resource company. We have worked really hard to court our relationships both at a community level as well as a statewide level. As we progress the project we’ve made continuous forays to the government to let them know what we’re doing. I think it’s finally paying off for us now at this point in time. We’ve just announced that we have a resolution that was passed by both the House and the Senate of the state in favor of development of the project, specifically it asks the forest service to keep moving the project along on a reasonable schedule for permitting. That resolution was also signed by the governor of the state of Wyoming. The governor also has a program underway right now in the state of Wyoming where he is focusing on diversifying the economy of Wyoming as well as adding value to their natural resources. We fit that bill very well. We have gotten additional endorsement from what’s called the Wyoming Business Council, which is the executive branch agency that helps to do the economic development in the state of Wyoming. They have given us an endorsement or at least a recognition of how important the project is and are willing to continue to work with us toward development of the project and potentially the financing of the project.

Tracy Weslosky: For our InvestorIntel audience, remember this is the company whose stock moved 177%. This is one of the top 5 international global players so hang in there with me for just one minute. What I really want to understand is how does this impact you’re planning for getting to the next level? I really want our audience to understand clearly how big this news is.

Randy Scott: I think it will play out over time. The process will await moving forward on the permitting side as well as a very viable project, all of which we have continued to do. The viable project part of it is the preliminary feasibility study that we just announced about 3 or 4 months ago. Having put all of these pieces together, now we begin to look like we’ve got a real project moving forward in a great state and meeting a lot of the state’s criteria. We will await the date when we announce that we’re moving forward with construction on the project and around that time we will begin to discuss with them alternative forms of financing for the project.

Tracy Weslosky: Of course, you’ve had a substantial year this last year with your prefeasibility study results out, your permitting. Can you give us a bit of an overview?