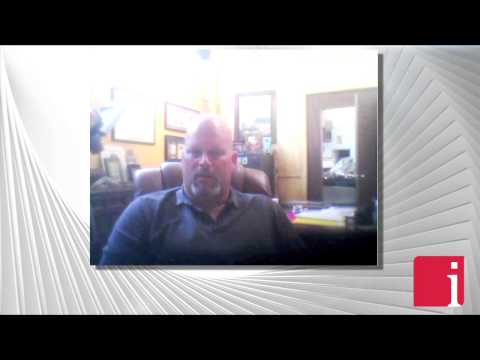 November 28, 2014 — In a special InvestorIntel interview, the Editor-in-Chief and Publisher Tracy Weslosky interviews Jefferey D. Phillips, Managing Director of Global Market Development on the 75% odds for a “pretty good rebound” for the resource sector starting as early as December.

Tracy Weslosky: Jeff the last time I saw you was in New Orleans when you gave me this silver dollar and you said that we were officially at the market bottom or did I get that wrong?

Jeff Phillips: I think when I told you was that at the end of October that there was a good 75% chance we’d see the bottom in November.

Tracy Weslosky: Which sectors are you feeling most optimistic about right now and into the new year?

Jeff Phillips: Well, in the natural resource space, which I mostly focus in — I’m feeling most optimistic about companies in the commodities space that actually have quality management teams and quality assets. I think across the board you’ve seen, whether it’s precious metals, uranium, base metals, specialty metals…you’ve seen all of these companies severely depressed in prices over the last 3 years. We’re on the second longest bear market in the junior resource development arena that I think most people have seen in their lifetime. Again, I think if you’re looking at the quality companies with quality assets and quality names I think it doesn’t necessarily matter which commodity you’re focusing on — again there’s a 75% chance you’re going to see a pretty good rebound in these quality names, at least into the first quarter.

Tracy Weslosky: Okay. The first quarter being, for our audience out there, through the end of March. Is that what we’re looking at in 2015?

Jeff Phillips: Now I’m not saying this won’t be the ultimate bottom in the resource space similar to 2008-2009. You know, everybody always talks about PDAC curse, which is the large mining show in March where quite a number of times the speculation dies after March and you see prices come down. However, that being said, we have been in a 3-year bear market. I do expect over the next 3, you know, in the next 4-year timeframe you’re going to see a raging bull market in these resource stocks. Whether that starts in 2015 and just continues, you know, after the tax-loss bump and fund redemption bump that we’re seeing now, I can’t answer that, but I’m buying quality names at this point that I know will be around over the next 4 years because I expect, much like bear markets end, that’s when bull markets begin. I think we’ll be in major bull market here in the future and I will own those quality names with quality management teams that will be in the game. Their companies will be operating for what will definitely be a bull market because it always follows a bear market.