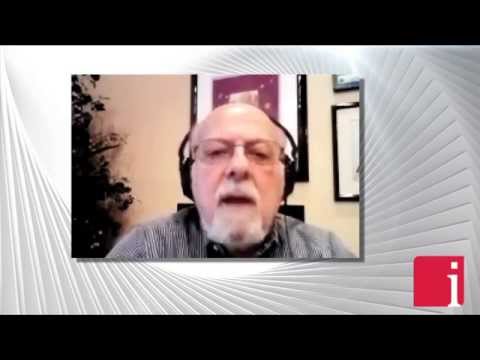 Lifton and Weslosky on Noyrez’s departure from Lynas, the Tesla Gigafactory and the critical materials market today

June 16, 2014 — From Eric Noyrez’s departure from Lynas to the Tesla Gigafactory and antimony — Tracy Weslosky, Editor-in-Chief and Publisher of InvestorIntel and Jack Lifton, Founding Principal of Technology Metals Research (TMR), LLC talk about the critical materials sector and where it is headed in this week’s InvestorIntelReport. Not surprisingly, Tracy and Jack start by discussing the surprise resignation of Eric Noyrez as CEO of Lynas Corp. Jack points out that through his reading of emails from Lynas, press releases and other related statements, Lynas has painted Noyrez’s resignation as the ‘reward’ for having completed what he was brought in to do: bring the Lynas Advanced Materials Plant (LAMP) in Malaysia to full operation. However, says Jack, Noyrez is 54 years old and he is moving back to France after having gathered significant experience in Asia.

Jack praises Noyrez as one of the most experienced and best informed professionals in the rare earths sector. So, a rather perplexed Jack puts it rather bluntly: ‘why is he being replaced by a ‘bean counter’?” The concern is no way intended as an insult. Accountants are usually brought in to lead a company after the technical issues have been resolved. Jack suggests that Lynas has yet to address a variety of technical issue and that it seems rather ‘optimistic’ to be putting accountants in charge. Therefore, Jack does not think the move will be beneficial to Lynas. Tracy shares Jack’s respect for Noyrez but cannot hold back her enthusiasm for the fact that there is finally a female CEO in the rare earth sector — Amanda Lacaze.

Tracy and Jack also talk about Tesla Motors and how their electric car ‘revolution’ and battery ‘gigafactory’ plans have favored the shares of many graphite plays. For his part, Jack is surprised that Tesla has already managed to raise some three and a half billion out of the five billion they need to build their factory. Jack also notes that Tesla is looking at Reno, Nevada as one of their locations. Jack says that the availability of rare earths is trivial, at best, in Tesla’s location scouting considerations; they have a very high concern for such materials as cobalt, lithium and graphite.  In fact, Jack says, given the number of cars and batteries that Tesla intends to produce, the ‘gigafactory’ may end up consuming “about 25 percent of the world’s lithium resources and a good percentage of graphite; given that this is ‘new use’, it would drive new mining and refining”.

Tracy and Jack also offer some interesting insights into niobium, a new niobium play, NioCorp (TSXV: NB) managed by Mark Smith (former CEO of Molycorp) that is starting to get some favorable market attention and the importance of this metal to the future of electric cars. Notably, Jack believes that NioCorp could “become a real niobium alternative to Brazil,” which is currently the world’s major producer.

Tracy and also has Jack discuss his own news with TMR. TMR recently received an Army Research Laboratory sub-contract to review rare earths processing technologies in order to determine whether or not technologies promising to offer greater speed and efficiency have any merit. “The ultimate idea is to, one day; build a pilot plant with the most efficient and highest speed separation technology.” Tracy and Jack end the discussion with some thoughts on a few rare earths companies. One of these is Ucore, which Jack considers a ‘sleeper’ despite the current lackluster share performance.