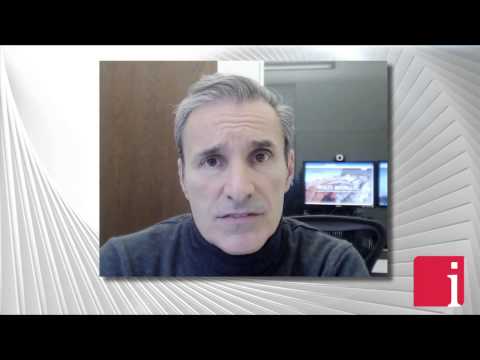 April 15, 2015 — Tracy Weslosky, Editor-in-Chief and Publisher of InvestorIntel speaks to Anthony Marchese, Chairman of Texas Rare Earth Resources Corp. (OTCQX: TRER) about the recent offtake agreement with Areva that Jack Lifton described as a ‘game changer’ in an interview published earlier this week. They also discuss the ‘big deal’ Texas Rare Earth Resources recently announced with K-Technologies as a strategic partner in a rare earth processing technology and the interview last month with their Advisory Board member Dan McGroarty on CBS ‘60 Minutes’.

Tracy Weslosky: Anthony, you’ve been working so hard. I’ve known you for a couple of years and you had a lot of big news. Let’s start with the AREVA announcement. Can you tell us, from your perspective, what this announcement really means?

Anthony Marchese: Well, first of all, we’ve known of each other, that is AREVA and Texas Rare Earth, for the last four or five years. Dan Gorski, our CEO, has had them down to the site. What people I think don’t realize is companies of the magnitude and size of AREVA do not sign these type of agreements unless they’ve done a significant amount of due diligence. The uranium offtake agreement is, in our opinion, a validation of the project, of the K-tech process, which is what we have been using to extract the uranium. It’s a win-win, which frankly those are the best types of deals. Everybody comes out a winner.

Tracy Weslosky: Okay. I think I liked Christopher Eccelstone’s article about, not only the deal, but he drew our audience’s attention to the fact that Dan Gorski is actually quite the uranium expert. Can you just tell us a little bit more about this? I’d like to give Mr. Gorski a few accolades here because he does understand rare earths and he has been involved in uranium.

Anthony Marchese: Yes. Well, just to make this concise, Dan is an incredibly talented individual and his background is not just in geology, copper, uranium, but he’s also basically a member just as well. It’s a rare breed that can combine both metallurgy and geology. I give him a tremendous amount of credit for recognizing opportunities, like AREVA, recognizing opportunities in the metallurgical space, for example, related to our heap leach process. Dan is just a great individual.

Tracy Weslosky: I think I’m purposely brining up one of the members of your team so that I can ask you this next question, which has to do with the fact did you not have one of your advisory board members speak to the rare earth market on ‘60 Minutes’ here this last month?

Anthony Marchese: Yes, absolutely. Dan McGroarty, who’s an advisory board member for the last year, was extensively interviewed by ‘60 Minutes’. We’re tremendously proud of it. Obviously ‘60 Minutes’ has policies against mentioning small cap — microcap names so he was not able to be identified specifically as a Texas Rare Earth advisory board member. I think it speaks to the quality of and knowledge, not just of Dan McGroarty, but of our entire board of directors and advisory board members. As you know, we’ve added people, like Jack Lifton, one of your writers, who has a worldly perspective on the sector, as well Eric Noyrez, former CEO of Lynas Corp, who was built the largest rare earth facility outside of China.

Tracy Weslosky: Obviously, you know, the excellent board members and the caliber of the team you have is a direct credit to what you’re actually doing and the benchmarks you’re achieving for Texas Rare Earth Resources. Of course, I noticed the big deal you made with K-Technologies for this rare earth processing technology. I don’t think that people have really taken notice of it the way…for the rest of the interview, click here