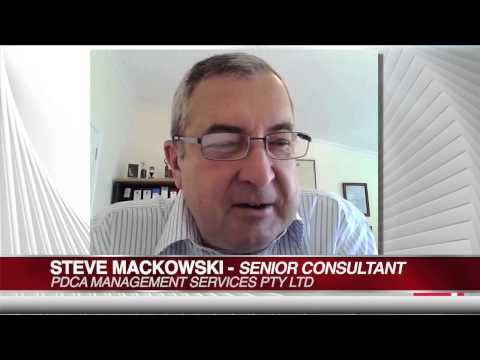 Mackowski on the race to rare earth production

October 10, 2014 — Tracy Weslosky, Editor-in-Chief and Publisher of InvestorIntel, speaks to Steve Mackowski, Senior Consultant of PDCA Management Services Pty Ltd about his expertise in rare earths oxides (REO) extraction processes and the keys to success in the rare earths industry. Steve has written a series of columns on these topics for InvestorIntel, which have enjoyed immense success with readers. Steve has worked many years in the rare earths sector and he admits to having noted a great deal of confusion in the market if not, even, a great deal of ignorance and he has welcomed the chance to help people get a better understanding of the sector.

Tracy challenges Steve to identify a company that is “doing it right”, that is one that has covered all the right steps in both exploration and processing. Steve picks Alkane Resources (ASX: ALK | OTCQX: ANLKY). Alkane started as a zirconium-niobium business “then realized they had rare earths in their portfolio and at the time it became valuable.” Alkane concentrated on its core business and then extracted the rare earths during the separation process. Steve describes it as a ‘by-product model. Steve also discusses some of the mistakes that the emerging rare earth companies have made on the path to production. Perhaps the main mistake, he says, is made especially by supply side companies outside of China, which “are not acting together”. When the demand side observes the disunity, they become pessimistic about the chances of a rare earths industry from even developing because of insufficient supply. Therefore, Steve sees the mistake as stemming from secrecy: “I think the key to success is for people to get together”. Tracy leads the chat toward Steve’s “keys to success” points.

Steve’s favorite ‘success factor’, albeit taking into consideration that he considers all factors important, is the basket price, by that he means the value of a ton of material going into the extraction process, because it spans the Heavy and Light rare earths spaces. It helps to give people an idea of the OPEX considerations and it gives a “today view of what really the rare earths space is all about.” The concept of ‘basket price’ was introduced to the REO space some 10 years ago in order to identify the distribution of the various rare earths and their values. According to this logic, then, as well as other success factors, Steve believes that Australia’s ‘Northern Minerals’ (ASX: NTU) is a good example.

For a number of years they had a good mineralogy (one of the success factors) but lacked the resource quantity. Now, Northern Minerals has sufficient resources, good mineralogy and it is all easy to process, which translates to a low CAPEX, adding to the fact that the results have been very favorable on both the resource and technical sides. Finally, Steve ventures to paint a general picture of the state of the rare earths sector today. He frames it into an interesting natural history framework to make the point that if the “demand side isn’t active; it’s not showing any signs of life, which is disappointing.” Indeed, it is all up to the demand side to get involved before the values of rare earths start to go up again.