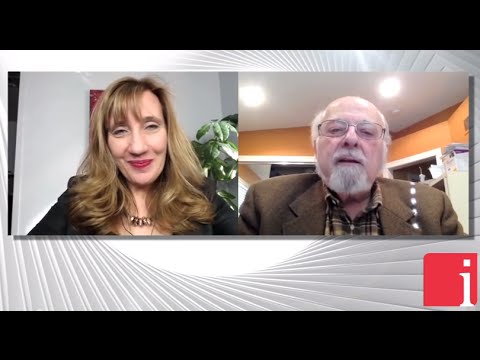 The telejournalists of CBS’ iconic 60 Minutes have done a genuine dis-service to American security by failing miserably to do any investigative reporting on the just broadcast segment with the theme: How Did China Corner The Market On A Critical Resource Nearly Every Electronic Device We Use Depends On?

60 Minutes broadcast ‘article” is about their perception of one company, Molycorp, which the network has decided is the sole attempt by US free enterprise to reverse the current Chinese domination of the global rare earth supply (and, as CBS doesn’t seem to have discovered) as well as China’s domination of the global demand for rare earths. Once anyone other than a mainstream teleprompter reader has noted and understood that fact of demand as well as of supply China’s current status in the rare earths space is self-explanatory.

Molycorp, as CBS would have us believe, set out to single-handedly to reverse this situation. Not mentioned (and apparently unknown to CBS) is the fact that the predecessor in interest to the current Molycorp (with no relationship at all in personnel to the current Molycorp) brought about the very situation being complained of by moving its excess mine production to newly built Chinese separation (refining) capacity beginning in in the 1980s. Magnequench, managed originally by General Motors, was an early adopter of the “increase the “spend” in China mantra then prevalent in US OEM automotive procurement (Forget Walmart it was looking for cheaper underwear and toys not rare earth permanent magnet motors). Since more and more of the magnet metals were being produced as well as refined in China Magnequench started itself moving its manufacturing to China well before 2000. The short-sighted procurement “specialists” of General Motors and Molycorp at the time were lionized for lowering their costs of goods sold. it was considered a “genius move” at the time to not only procure low cost manufacturing overseas but also low cost raw materials. The US had those pesky safety and health rules and those damn craft unions to deal with. The Chinese well hell they’re just rice eaters who can never improve or even learn anything about high-tech was what I heard in automotive purchasing offices over and over again. This was short-sighted stupidity and it was the common attitude of both industry and government. Most of the industrialists from that period are now long gone along with any memory of those events, but government bureaucrats don’t seem to ever die or lessen in number. They do have poor memories though. Almost as poor as those of infotainment personalities masquerading as “journalists.

To be fair the mass production of rare earth permanent magnets was the result of the pioneering work in the late 1970s of Sagawa’s group in Japan that allowed Sumitomo in collaboration with General Motors to create America’s Magnequench to produce REPMs and REPMMs for the OEM automotive industry so as to allow dramatic weight and volume reductions in consumer vehicles that allowed previously unacceptable designs such as “thin doors” and significant weight reduction in the vehicles themselves (REPMs are as much as 100 times lighter than iron cored magnets of equivalent strength.)

In those early days “smart” weapons were only on the drawing board, and any savings in weight, if sought, would have been solely to either increase the amount of high explosive carried or the range of a flight-capable weapon. The main impediment to smart weapons was the lack of computing power and programs and communications and sensing devices to control and guide them not any shortage of REPMs.

The DoD then as now felt that its small use of REPMs could be accommodated by the market no matter what. And by default if they weren’t available ferrite or alnico magnets could be used except in situations where samarium cobalt REPMs were specified due to their laboratory proven resistance to degradation by an EMP attack. To this day the only REPMs made in the USA from basic raw materials are the samarium-cobalt types made in the USA with Chinese samarium and Canadian cobalt. The demand is relatively small and the Us DoD has a dedicated supper. CBS was apparently unable to find this out.

I got involved with the DoD’s concerns in the late noughties of this century. The matter was addressed at a meeting of the Office of Net Threat Assessment in the Pentagon in 2009 to which I was invited as a rare earths “expert.” I was asked how I would address the problem. I answered then that I would first set up a private company to recycle military scrap containing rare earths and then we could address the downstream needs for separation, metals/alloys making and magnet making after a supply of raw materials had been established. “How much would that cost?” I was asked. My reply was a few million dollars. I recall that some of the people present snickered and the group leader, the then 86 year old, Mr Andy Marshall, said that “millions’ are what we spend to “study” the problem. It was then pointed out to me that this might well be a billion dollar venture that will require study and political involvement. I said to the group that they were “nuts” an that even the Four-star general present sounded like problem makers rather than solvers. I was not invited back but even so I still maintain a cordial relationship with some individuals, not directly in government, who I first met at that meeting.

Just so you’ll know I will state here that i tried very hard after that to get funding for a recycling program as a first step in re-establishing the total American rare earth processing chain. I am still trying. But the buzz for a billion dollar “deal’ had infected the capital markets, and no one would listen to any low cost pattern of re-establishing the processing supply chain on a step by step basis.

Molycorp was saluted as a “Manhattan project” that would single-handedly re-establish American dominance in the rare earth industry. No one paid any attention to the fact that this sentence should have read: ..that would on its own, without any downstream metal making or fabrication capability, re-establish the American dominance in the total rare earth supply chain that never existed, or existed if at all only in the production and use of light rare earths for a brief time in the 1980s! The new Molycorp’s total lack of competence downstream beyond low quality separation of the light rare earths was of no interest to Wall Street. Unlike CBS I was astounded by the ignorance of the capital markets (You can imagine how my proposals to create an industry with “only” tens of millions of revenue and a 30% margin looked to the titans of greed as they salivated over multi-billion dollar market capitalizations and threw money at any geologist who walked through the door with a grab sample.)

The institutional investor based in London of which a recent very environmentally conscious American Vice-President was then chairman told me after my presentation there: “You only want 15 million dollars. We don’t do deals that size. Come back with a 50 million dollar proposal.”

So what have some of the other serious people in the rare earth space been doing for the last 8 years? First of all most of the grab-sample entrepreneurs are gone away or bankrupt. The survivors are entirely those who have significant amount of heavy rare earths in the distribution of total rare earths in their deposits. (Molycorp, Mountain Pass deposit has at best a “trace” of heavy rare earths-50,000 tons of production at Mountain Pass (This amount is the ENTIRE allotment by the way of Chinese rare earth production for 2015) would yield at 100% efficiency just 7 tons of dysprosium!). The survivors are also pretty much finished in developing their methods of extracting the desired rare earths (all together) from the minerals in their ores and in removing the unwanted elements that come along.

The best of the survivors are advancing downstream by several strategies for separation. Among these are:

What the survivors have in common is that they are the right size-with an understanding of their break-even needs in cost of goods sold and of overall production limits. In addition the survivors are well aware of their need to establish strong connection with the global rare earth metals/alloys industry and the magnet fabrication industry so as to be able to support an approach to the global customer base that itself deals primarily with the magnet makers only. The survivors have finally realized how important marketing and customer acceptance is to any industry. China’s current president has strongly supported the modernization of the rare earth industry in China. Readers of InvestorIntelReport know well that the Chinese government has sharply reduced its allowed rare earth production for 2015 so as to be able to adjust both the types of rare earths to be produced and to smother the price killing illegal production that has so long distorted global rare earth pricing.These Chinese actions have highlighted the supply issues in the world’s dominant user of rare earths. China needs magnet metals. it needs Praseodymium, Neodymium, Terbium, and Dysprosium in amounts well beyond its current capacity to produce ethically, legally, and efficiently!It will soon be, if it isn’t already, profitable to make REPMs in the USA, if we bring our hard rock REEs into production and re-establish our total processing and fabricating supply chains. All the technology is present in the USA, and Japanese and now yes Chinese companies are ready able and eager to sell prefabricated facilities into North America. Even though 60 Minutes isn’t aware of this the Molycorp saga has been an example of creative destruction and the American rare earth industry won’t make the mistake ever again of being too big to succeed and obsolescent from the first day. I have been involved with the rare earths for more than 50 years, and i hope in the ten minutes it took you to read this your perspective has broadened. Your welcome for the 50 minutes I saved for you of the 60 Minutes in the title of this piece.