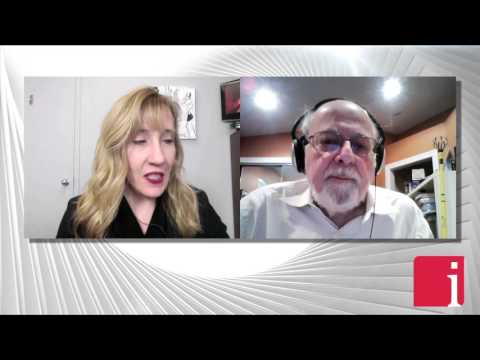 Lifton on Lithium: “It’s got to go higher.”

“This is going to be a very good period for lithium-ion batteries.” – Jack Lifton

January 11, 2016 — In a special InvestorIntel interview, Publisher Tracy Weslosky speaks with Jack Lifton, Sr. Editor for InvestorIntel about the increasing interest from the market on lithium-ion batteries. Jack goes on to explain that the real driver for the demand for lithium is going to be once again – China. Having recently visited the largest lithium ion battery recycler, Jack explains that there is no supply chain. And then discusses how the Chinese push for lithium ion batteries will impact our markets, including an increased interest in titanium.

Tracy Weslosky: Jack there’s a lot of buzz on lithium-ion batteries on InvestorIntel. Can you tell us what the catalyst for this is?

Jack Lifton: Yeah. What’s happening is that the American carmakers are finally stepping up to the mass production of lithium-ion battery powered electric cars. GM, the Detroit intergalactic auto show starts, I guess, in the next couple of days. We still call it international even though nobody else does. GM is introducing the Chevrolet Volt, its 200-mile range electric car, which goes on sale this year, at the end of the year as a 2017 for $30,000 including your government kickback on tax breaks. It’s really cheap and it’s good timing for them in the market because Tesla is having a problem bringing their low-cost car into production. Ford’s got a huge program, which at the Consumer Electronics Show the other day in Las Vegas their current President, Mark Fields announced a huge electrification program and self-driving cars and all that stuff. On top of that the Chinese 5-year plan coming out in March for the next 5-years mandates a switch to electric propulsion for cars to reduce pollution in the large cities. The Chinese are actually targeting 5 million units a year by 2020. Now these are the drivers for the interest in lithium-ion batteries. That’s what’s going on here these very largescale applications. At the very least you’re looking at millions of cars being made by the end of this decade using lithium-ion batteries. I know that the companies here in Detroit, we have several lithium-ion battery companies, are very active right now. Now to contrast this or on the other side of the coin, the national newspapers, like the Washington Post, are saying, well, the electric car is another flop, it didn’t work and all that. What I found in my life is that whenever the national newspapers say something isn’t happening, it’s for sure happening. If they say tomorrow’s weather is great, I’m getting my overcoat. They’re always wrong and they’re consistent in that. I think that this is it— we finally hit— this is going to be a very good period for lithium batteries.

Tracy Weslosky: Okay. What I hear you saying is that the real demand is from China for lithium-ion batteries. I think you told me that the driver is going to be, once again — China for this market and that this industry is going to in essence mirror what happened with the rare earth industry. Can you comment on this a little further?

Jack Lifton: Well, I don’t think we’re going to have the silly season here with lithium because lithium is basically one item and its costs are very well known. Today it’s very low price. However, in my opinion we’re going to run into a deficit of this material in the very near-term because, as I mentioned, it’s not just China — it’s United States also….to access the complete interview, click here

Jack Lifton on why lithium, cobalt and rare earths are the most critical of the critical materials

In this episode of the Critical Materials Corner with Jack Lifton, Jack talks about the inadequate supply of lithium, cobalt and […]