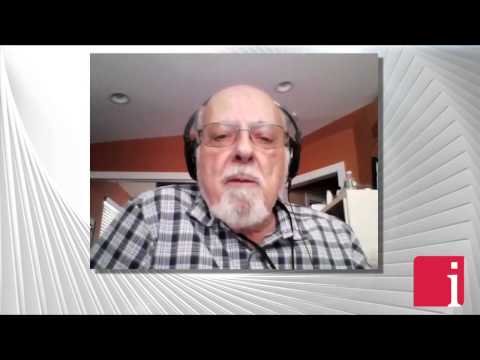 Lifton on how its officially Rare Earth Recycling Time

July 22, 2015 – In a very thorough InvestorIntel interview, Publisher Tracy Weslosky speaks with Jack Lifton, Founding Principal of Technology Metals Research, LLC and Sr. Editor for InvestorIntel discuss a wide range of relevant technology market updates. Jack starts with Molycorp and then gets into the deepening impact of the Chinese on our overall global markets. Reminding our audience about how 60% of all metals and materials produced in the world are now going into China and how we need to pay careful attention to the Asian markets, he explains how recycling rare earths and technology metals is the real path to sustainability in North America.

Tracy Weslosky: Jack, any final words on Molycorp since you did call this?

Jack Lifton: No. Actually they, sort of, vanished — I don’t think they’re giving out public announcements right now (interview was taped on July 15th). I think the next thing is when they reappear in court next week for the next trench of debtor-in-possession financing. It’s like a soap opera. We’ll have to just tune in and see what happens next.

Tracy Weslosky: Jack you just wrote, what I thought was an outstanding piece this week talking titled, China’s Metal Markets Fear is Everybody’s Worry. I thought you had some very important messages in here including the fact that you wrote, the undeniable fact that China, the world’s most populous nation and the world’s second largest economy has become the largest end-user of technology metals and materials for the manufacturing of consumer goods in the world. I’d love for you to expand on this please.

Jack Lifton: I still don’t think that the average person in the west or maybe anywhere else is aware of the fact that China is the world technology metals and materials market at 60% of all metals and materials produced in the world are now going into China. How can we say, whatever happens in China doesn’t affect the entire market? The interesting thing to me is if the Chinese market demand increases that’s, of course, a very positive thing for non-Chinese producers. If it decreases it’s a disastrous thing. We’re all hanging onto what’s happening in China and it doesn’t matter whether the U.S. economy or European economy is up, down, sideways — these are not where the demand is for technology metals and materials. It’s primarily China, Korea, India’s coming along: the focus of demand is Asia, east Asia. Let’s start paying attention to what’s going on over there in their economies. That’s why when there’s a glitch in the economy of a country like China, when they sneeze we all have to take penicillin.

Tracy Weslosky: Alright. On that note, I think you have been an avid supporter on topics on items such as rare earth recycling for North America.

Tracy Weslosky: Would you mind just explaining this a little bit to our audience right now? I mean, where are we with rare earth recycling? I saw one professor from Pennsylvania on TV last week, never heard of him by the way, talking about this. I’m aware of some recycling deals and some companies that claim they’re going to be doing tailing recycling. Can you tell us a little bit more about where that market is presently?

Jack Lifton: My observation on that market is that it is the next logical market for the west…to access the rest of this interview, click here