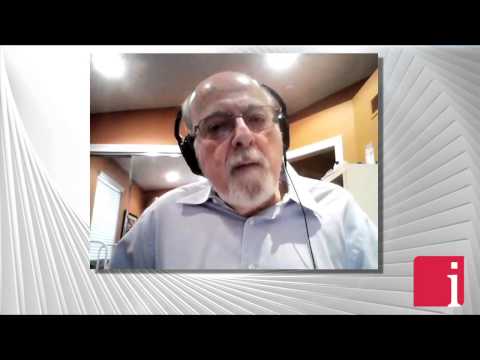 June 9, 2015 — In a special InvestorIntel interview, Publisher Tracy Weslosky speaks with Jack Lifton, Founding Principal of Technology Metals Research, LLC and Sr. Editor for InvestorIntel on an update on what is ‘really’ happening in the Chinese rare earth market today and how “they are coming here, whether we like it or not – and we have to accommodate that.” Further to this, Jack discusses Rare Element Resources’ recent news about their proprietary separation technology, the Tantalus’ deal with Shenghe and the German market – with a focus on the roll-out of InvestorIntel.de.

Tracy Weslosky: I’d like to start by discussing the breaking news that just came out from Rare Element Resources.

Jack Lifton: I’m very impressed by Rare Element Resources’ announcement. I really had very little advanced knowledge and certainly I don’t know any more details of the process than were revealed in the press release. However, I do know all of the people involved. I can tell you that they are far and away the most professional group of chemical engineers, mining engineers that I know of in the space. This is a perfect example of how to do something. They are not talking about conquering the world with their great process. They are talking about solving their problem and I think — I really think they have. I believe we’re really at a turning point in America.

Tracy Weslosky: Additionally this month you wrote an excellent piece about how the Tantalus news and how their deal with Shenghe was a real industry and global game changer. Can you tell us what you mean and give us a little bit more of some background on that please Jack? Thank you.

Jack Lifton: What I mean is that Tantalus reached two goals that the entire industry should have been targeting. One is that they got an actual major vertically integrated rare earth company, Shenghe Resources of China, to commit into a contractual relationship taking 30% of their output from their Madagascar mine and investing up to 30% of their capital needs for the development of that project. Second, they got ThyssenKrupp Metallurgical, one of the world’s great trading, metal and commodity trading houses to do the same, issue a contract, a real contract, not a memorandum of understanding, to take 30% of their output for sale exclusively into the German market.

Now we’ve been talking about the German market on InvestorIntel and I have to point out to you ThyssenKrupp is a member of the Rohstoff Alliance. Therefore instead of second hand when they go to a meeting of the Rohstoff Alliance they sit across from companies like Siemens, Bosch, let’s say BASF and they say to them, we have material for you. These large corporations, which do not like to deal with midcaps and microcap, say okay, we’re in the same club, let’s have it checked. That is a hell of an advantage for Tantalus or anybody else who would get such a deal. Now you notice that ThyssenKrupp has also signed a deal with Rainbow in Africa indicating they have a very high confidence level that Rainbow will go into production because it cost ThyssenKrupp money to do these deals. They don’t do them as a waste of time because….to access the rest of the interview, click here and to review, Jack Lifton’s background, bio and clients – click here