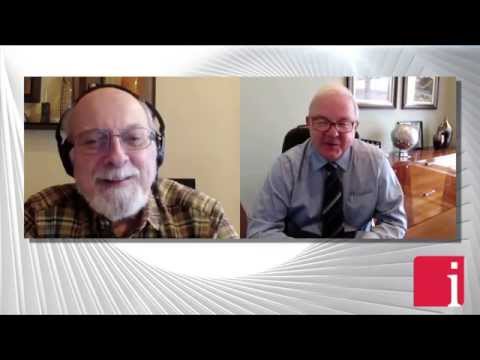 February 5, 2015 — Jack Lifton, the host of InvestorIntel’s One-on-One speaks to Jim Engdahl, Director, President and CEO, of Star Minerals Group Ltd. (CSE: SUV) about the metamorphosis into a mine to market manganese company. Jack and Jim have a long history, and in this One-on-One, they discuss issues relating to manganese as a critical material and how battery companies such as Panasonic lean towards manganese batteries.

Jack Lifton: I’m speaking today with Jim Engdahl who is the CEO of Star Minerals. He’s in his office in Saskatoon where he’s going to tell us what Star Minerals is about and what it wants to accomplish and when that might be. Over to you Jim.

Jim Engdahl: Thanks Jack. Well, Star Minerals is a junior company that’s been around a long time and it’s metamorphosed into different businesses, but when I became the management of the company, the CEO, and Gary Billingsley came on my board it was done with the specific intention of using the public vehicle that Star, as it was called at the time, Star Uranium, to create a public company in which we could in turn develop strategic metals. The start of that— the first was to joint venture to Great West Minerals’ project, Hoidas Lake, into that.

Jack Lifton: Okay. What has happened? As we know from battle plans, the minute the battle starts the plan changes. What’s happened since then?

Jim Engdahl: Well, market conditions always dictate a lot of those changes, as you know Jack. I think what happened with us is we initially as it turns out commenced a preliminary economic assessment report with Barr Engineering out of Minneapolis, who are very familiar with the Hoidas Lake project. That is in the process right now. Also, as we started moving forward the general markets were terrible in terms of raising capital to really do a whole lot of things and so we were looking towards other ways of thinking out of the box to create some things. Also, we did develop a strategic plan to work towards developing other strategic metals, particularly as it related to the battery world.

The first opportunity that came to us was an opportunity via our engineering group out of Minneapolis and a manganese project in Minnesota and a very exceptional deposit of manganese that the company that owned it before was not their history to be in the mining industry. They spent a lot of money trying to develop it, specifically for some technology purpose. As things developed one of the things that did happen was that they got approached by a company that had developed a new battery technology. That company was OTI out of Vancouver. That particular battery was manganese based. As such, our mine to market model that we’ve used in the past came into play. That’s where Gary and myself decided that this would make a lot of sense to now work towards building a strategic company with strategic metals focused in the battery world and with Hoidas Lake also being clearly one of our prime projects as well for the rare earth sector.

Jack Lifton: I’ve always— As you know, I’ve always been a supporter of the mine to market concept. In fact, Gary was the first person I knew who ever enunciated that theme, mine to market, and it stuck in my mind for these many years. I think that basically mine to market is a strategy looking for a solution. I’m glad to see that this has expanded beyond the rare earth space…to access the rest of the interview, click here

Disclaimer: Star Minerals is an advertorial member of InvestorIntel.