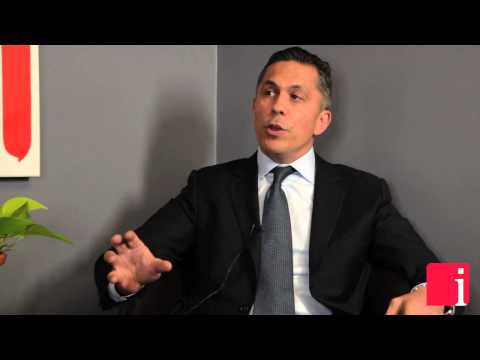 June 5, 2015 — In an InvestorIntel interview, Publisher Tracy Weslosky speaks with James Kenny, Director and CEO of Frontier Rare Earths Ltd. (TSX: FRO | OTCQX: FREFF), about how the rare earth industry is sleepwalking towards a supply crisis in the backend of this decade. James discusses the current state of supply as being unlikely to last, and the cost effective advantage in Frontier’s latest technical innovations in separation technology.

Tracy Weslosky: James you’re such a knowledgeable individual about the rare earth sector in general, which is a very competitive and challenging sector to be in. Can you tell us what you think is happening in the industry right now?

James Kenny: Well, my thought is perhaps one not necessarily shared by others, but I think that industry in general is sleepwalking its way into another rare earth supply crisis. My observation, and I said these are my own personal opinions, is that many of the large users, major industrial corporations in North America, in Europe and in Asia believe the rare earth problem is over. They believe that because prices have come down, because the warehouses are full and because the purchasing manager says there doesn’t appear to be shortage in supply. When we go back to maybe the peaks that we saw in 2011, late 2010 and 2011, nobody was talking about the supply shortage at that time. I don’t believe there’s any supply shortage in 2015. There wasn’t one in 2014. There won’t be one in 2016.The supply shortage is coming in the backend of this decade. I think that industry does not understand the mining lifecycle and the length of time it takes to put a viable project into commercial production. I believe there is a risk that they will realize that too late and before the end of this decade we will see a supply and price shock just like we saw 2 or 3 years ago.

Tracy Weslosky: So, in keeping with this, are there any innovative metallurgical extraction processes? I mean, there has been a lot of conversation on InvestorIntel about this. Maybe you can tell us what you think.

James Kenny: Yes, I have to say I’m a little bit cautious when I hear about technological breakthroughs in the rare earth sector and breakthroughs which do not come from China, who are clearly the market leader in every respect. The thing about technology is on the one hand it may sound very attractive and positive, but in rare earths you may not want to be the first…to hear the rest of interview, click here.