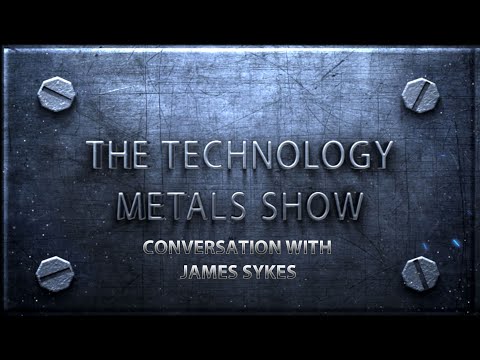 As the electric vehicles (EV) decade begins the need for quality rare earths in top tier locations is becoming a key focus for governments, OEMs, and electric motor manufacturers. Safer supply chains that can provide critical rare earths such as Neodymium (Nd) and Praseodymium (Pr) for electric motor magnets are becoming critically important, as we saw this week with the US Senate bill on rare earths.

What is unique about Alces Lake is that it hosts some of the highest  rare earth elements (REE) grades in the world (2nd highest average grade as shown on the chart below). At a 4 wt% total rare earth oxide cutoff, Alces Lake average grade is 16.65 wt% Total Rare Earth Oxides (TREO).

At Alces Lake all the REEs have simple mineralogy and are hosted 100% within ‘monazite’, which means it can be economically extracted.

Even better is that the monazite is enriched in valuable critical rare earth elements, namely Neodymium (Nd), Praseodymium (Pr), Dysprosium (Dy), and Terbium (Tb). These 4 elements account for between 23-25% of the TREO, or ~85% of the potential value at Alces Lake.

Alces Lake has high-grade outcrops and drill hole intersections comprising an average of 27% monazite. Locally up to 85% monazite is naturally pre-concentrated

Appia have access to a nearby pilot plant and extraction lab in Saskatchewan, Canada

The Alces Lake Project is located close to a pilot plant and REE extraction lab in Saskatoon, Saskatchewan, which is the same Provincial jurisdiction as the Project. It has a capacity of 2,000 tonnes of material per annum. This gives Appia a significant advantage by having a low start up CapEx to commence some production via a fully permitted plant and extraction facilities at the Saskatchewan Research Council (SRC). Unlike competitors this means the rare earths can be produced in North America and not China.

Considering environmental regulations, especially due to safe handling and disposal radioactive materials, the Province of Saskatchewan, and SRC, are miles ahead of other global jurisdictions because they permit high-grade uranium mines in the northern parts of the province.  A country like India, or USA, has policies in-place that are detrimental to processing monazite for REEs because of the presence of Uranium/Thorium.  In Saskatchewan, and working with SRC, a lot of these problems are already resolved, as Saskatchewan is a global jurisdiction that continuously leads efforts in safely working with radioactive materials.

Based on mineralization discovered to date, Appia would “ideally” consider a surface and near-surface operation to start production, smaller than open pit scenario, easier to permit and manage, potentially low CapEx and OpEx. Given the nearby pilot plant and extraction facility in Saskatchewan the Project will be easier to put into small scale production of rare earth oxides.

Appia also holds surface rights to exploration for about 57,048 hectares (140,968 acres) in Saskatchewan. Within this area Appia has high-grade uranium deposits in the prolific Athabasca Basin area; including Loranger, Eastside and North Wollaston properties.

The next step for Appia is to raise additional capital to fully fund aggressive property-wide exploration on Alces Lake as well as the Saskatchewan uranium properties for the next 12 to 24 months, with a view of producing a mineral resource estimate at Alces Lake.

Rare earths expert and host of the Technology Metals Show Jack Lifton quoted to InvestorIntel:“Appia Energy’s Alces Lake deposit in Saskatchewan is probably the best choice for development into a producing rare earth magnet materials’ mine in North America.”

The rare earths sector looks highly likely to follow in the foot-steps of uranium, which recently got a huge boost from the US Government. A rare earths funding bill has now been put to the US Senate with the intent to help revive the U.S. rare earths industry.

Investors can look to capitalize on the positive sentiment in the rare earths sector, especially those companies in safe countries with lower start-up CapEx.

Rare earths expert Jack Lifton and the man who coined the term “technology metals” is also very positive on Appia Energy, making them a top tier junior for investors to consider.

Note from the Publisher: To become a member of the Technology Metals Report, go to TechnologyMetals.com