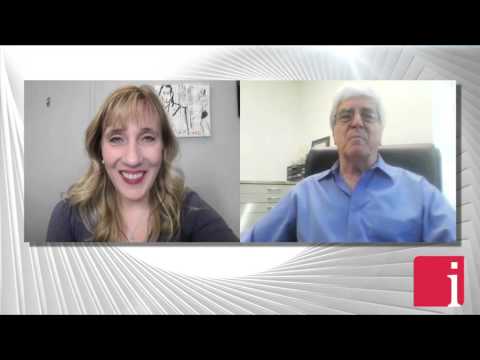 Tracy Weslosky: Ian, I hope you don’t mind, but I know you’ve been traveling a lot and I’d love to get your feedback on the Singapore conference and in particular Dudley’s presentation. I read his title was, “The Global Rare Earths Industry Today Plagued by Illegal Production in China”. Can you comment on this?

Ian Chalmers: Yes. It was a theme that Dudley’s been, sort of, promoting now for probably 2 years, that the Chinese aren’t really in control of their rare earth industry. That’s simply what it is at present because the illegal rare earths are really probably 30% or 40% of production. Until they either eradicate that or control or do whatever they have to do to it we’re never going to be sure and it’s putting a lid on rare earth demand or rare earth prices. What’s even more disturbing, and this is Dudley’s view obviously, is that it would appear that a number of major consumers are accessing those illegal rare earths. That’s disappointing that we do have a number of western companies actually accessing those rare earths.

Tracy Weslosky: This is your 29th anniversary at Alkane, so what I’d really love is your opinion: are the illegal exports plaguing the industry?

Ian Chalmers: Oh absolutely. I have no doubt in my mind at all that’s what’s going on. It’s just they’re effectively undercutting the demand or oversupplying the demand and keeping prices low. There’s no doubt its happening. It’s very disappointing for an industry that’s got guys going through a very tough time.

Tracy Weslosky: You just had your AGM and this was a jam-packed PowerPoint presentation. Every page was full of highlights. Let me start with something I found interesting. I didn’t realize that you had a total income of $102.5 million last year and that you have nearly $20 million in cash and bullion presently. Is that correct?

Ian Chalmers: Yes, that’s correct. Yes. The nice thing about all of that is that we made about $28 million free cash flow out of that operation or out of the gold operation. We are in a very sound financial position going forward.

Tracy Weslosky: Well, everybody talks to me about finding companies with revenue. Okay, investors we have a company here with revenue. You only have a $90 million dollar market cap. What should we expect in this upcoming year for revenue for the gold project?

Ian Chalmers: Yeah. Look, look, revenue and cash return should be about the same. Even though the gold price has weakened a bit in the last month or so we should come out round about the same, probably $100 million-plus revenue, $20-$25 million cash flow out of the business….to access the complete interview, click here

In a recent InvestorIntel interview, Tracy Weslosky speaks with Frank Basa, Director, President and CEO of Granada Gold Mine Inc. […]