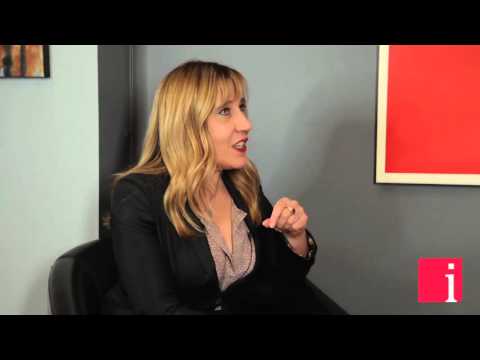 December 27, 2015 — In a special InvestorIntel interview, Publisher Tracy Weslosky interviews Greg Bowes of Northern Graphite Corp. (TSXV: NGC | OTCQX: NGPHF) on graphite prices and the catalysts that may drive both prices and demand. Explaining how the lithium-ion battery industry is the 2nd largest user of graphite, he says we are “getting close to the tipping point where it will start to drive graphite prices higher. It’s already doing that in the lithium space.” They also discuss Christopher Ecclestone’s latest Hallgarten & Co. report which raises four competitive advantages including “best infrastructure, lowest capital costs, best flake size distribution and the lowest unit operating cost” for what has also been described as an “oven ready graphite company in an accessible location” before discussing Northern Graphite’s spherical graphite technology.

Tracy Weslosky: Greg, I was reading your summary that you did for your shareholders recently and I thought it was outstanding. You started by explaining why graphite prices are where they are presently. Can you just share this with our audience please?

Gregory Bowes: Yes Tracy. Obviously we’ve had a slowdown in China and probably bigger than most people think. There’s very little growth elsewhere in the world — Japan, Europe, the United States. The steel industry and industrial demand is still the main user of graphite so obviously that’s had a very negative effect on graphite prices. The other thing is the strong U.S. dollar. Graphite is priced in U.S. dollars. If you want to think of it simply, it takes less U.S. dollars to buy a ton of graphite hence the price goes down.

Tracy Weslosky: Then you went on to discuss the catalysts that might actually drive prices up and drive the demand for graphite. You discussed three in particular. Can you outline these for me please?

Gregory Bowes: Yes, obviously one would be an economic recovery – we always get them. When is the $64 dollar question? If the economic cycle as we know it, the traditional cycle is dead, we might as well all go home. We will get a recovery at some point in steel demand. The second major factor would be that the lithium-ion battery industry, which is growing rapidly. It has become the second largest user of graphite. It is getting close to the tipping point where it will start to drive graphite prices higher. It’s already doing that in the lithium space. That’s a big advantage graphite has over other commodities which are also depressed. Nobody’s coming up with new uses for oil or coal or copper, but we have a very new dynamic market for graphite. The third factor which would lead to higher share prices, maybe not higher graphite prices, would be strategic partnerships and that kind of thing and graphite projects actually moving forward with real deals.

Tracy Weslosky: And speaking of new applications, I was reading you have a very competitive spherical graphite technology. Can you explain this for me?

Gregory Bowes: Yes. Graphite mines produce a basic concentrate. In order for that concentrate to be used in lithium-ion batteries it has to be upgraded to spherical graphite. That is where a lot of the excitement is coming from. Every junior, us included, says, we are going to be in the spherical graphite market. That is very easy to say, but it’s more difficult to do. Nobody is really answering the question, how are you going to do it, because pretty well all spherical graphite from natural graphite is manufactured in China and those methods are very expensive and difficult to use in the West for environmental or regulatory reasons. To access the complete interview, click here

In an InvestorIntel interview during PDAC 2020, Tracy Weslosky secures an interview update with CEO, Director & Founder Dan Blondal on Nano One […]