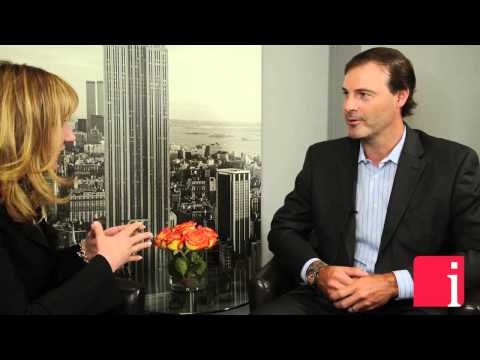 Great Lakes Graphite enters the graphite party late, but will be a major contender in the race to production in NA

July 16, 2014 – Tracy Weslosky, Editor-in-Chief and Publisher of InvestorIntel speaks to Paul Gorman, CEO and Director for Great Lakes Graphite (‘Great Lakes’, TSXV: GLK) about what he says is the next great graphite company to prepare for production in North America. Paul’s confidence comes from the fact that “we’ve spent the last seven years understanding the market, understanding what customers want and most importantly having a great deposit that will be able to supply an immense amount of flake graphite to North American customers as well as the area right around the Great Lakes. And that’s why we’ve named our company Great Lakes Graphite”.

Great Lakes Graphite owns a property in southeastern Quebec. Others had explored it in the past, but the Company acquired it last March. Great Lakes is now proceeding quickly to make the relevant resource calculations; at the same time, the Company is already talking to potential customers in the area to establish a ready market base for their flake graphite. The estimates are very promising. Great Lakes will offer a high-grade product and the production timeline is 2016. Paul suggests that Great Lakes, as a graphite producer,  can avoid many of the issues that complicate matters for traditional mining companies especially when it comes to spending great sums of money year after year simply to define a resource. Paul explains that Great Lakes is developing “three different parts of the company at the same time: we’re doing sampling with our customers; we’re doing a resource calculation and we’re doing financing to make sure that all those things happen and by 2017 we’re going to have the mill up and running.”

Tracy points out that Paul has considerable experience in the graphite sector. In 2008, she notes, Paul financed four different graphite projects. Paul took a risk; he invested ‘blindly’, paying up front and researching the companies’ prospects later, but those companies have done well, leaving Paul a wealth of insight as to what works and what does not in the graphite sector. Great Lakes is moving aggressively and it has set some important targets for the next few months. Paul says that getting the resource estimate done is the most urgent task, because it allows them to present it to their customers and launch a sampling program.

Nevertheless, the Great Lakes team is extremely ambitious as they plan to move fast enough to overtake their peers to become the first producer of graphite in North America. Paul plans to achieve that by continuing to do a lot of ‘homework’ and by moving the company along multiple tracks simultaneously. Great Lakes has talked to end users around the world to determine how to meet a variety of customers’ specifications. Working closely with end users to understand their requirements for grade, purity and product characteristics will position Great Lakes Graphite to deliver excellent product and service into this market.

Gorman on Graphite and the Battery Revolution

June 21, 2018 – “When you look at graphite and you look at its conductivity, its thermal abilities and its […]

May 30, 2018 – “Why should you be interested in graphite? As I mentioned earlier, graphite is the anode material in […]