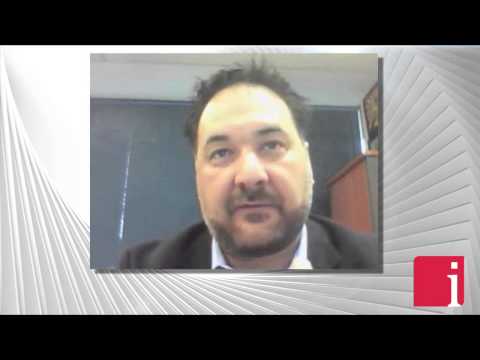 August 8, 2014 — Tracy Weslosky, Editor-in-Chief and Publisher of InvestorIntel, speaks to George Bauk, the Managing Director for Northern Minerals (‘Northern’, ASX: NTU) about its Browns Range heavy rare earths (HREE) project in Western Australia. Tracy amicably introduces George as the “hardest working managing director in the rare earths industry” because Northern has issued five news releases in the past two months, reflecting a flurry of activity at the Company. George says that, I fact, “it has been a fantastic last quarter”, highlighting the steady progress of the past four months. In June, Northern signed the Co-Existence Agreement and State Deed with the Jaru People, who are the original inhabitants of the land where the Browns Range project is based. The Australian Department of Mines and Petroleum, therefore, has granted Northern the Mining Lease for the property, effectively removing a great deal of risk from the Project. Northern was already basking from the boost of confidence related to its successful metallurgical tests, increased JORC resource and upgraded beneficiation flowsheet, as noted during the scoping studies: “we’re getting remarkable hydrometallurgical pilot plant results from test-work being done at ANSTO” (ANSTO: Australian National Science and Technology Organization) showing a 90% recovery rate.

George explains that these successes all come down to the host rock: “our heavy rare earths are within xenotime and the xenotime is contained within a fairly simple host rock, which is largely quartz. And that’s what…has given Northern Minerals the ability to develop a really outstanding flowsheet with high recoveries and produce a really outstanding final product.” Tracy points out that in June, Northern released more favorable news related to its ability to reject an offer for 16% minority interest in Northern’s Browns Range project from the Australia Conglin International Investment Group (ACIIG). While Northern rejected the offer, it maintains close ties between to ACIIG, which a Northern shareholder. Essentially, says George, it “was better for Northern Minerals to have 100% ownership of the Project” as it moves closer to having to secure the CAPEX in the markets to build the mine. George says this “allows us to have maximum flexibility as to how to fund this project instead of having 84% of it and a bit more complexity with financiers.”

In late June, Northern also announced the completion of its preliminary feasibility study (PFS) for the Browns Range project. The PFS indicated a base production of 279 metric tons of dysprosium per year and a total of three million kilos of TREO (total rare earth oxides) including 280,000 kilos of dysprosium per annum and a CAPEX of 314 million dollars”.  The CAPEX number alone is extremely competitive considering the much higher figures put out by some competitors. Essentially, Northern has all the ingredients to become a world class producer of high value dysprosium outside of China as early as in late 2016.