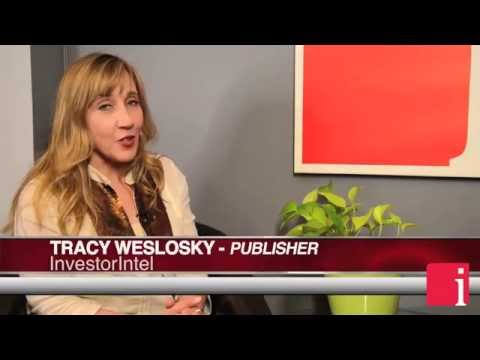 June 8, 2015 — In a special InvestorIntel interview, Publisher Tracy Weslosky and Simon Britt, President and CEO of GeoMegA Resources Inc. (TSXV: GMA), talk about heavy rare earths, permanent magnets, and Chinese domination of the market. It is noted that though China controls roughly 95% of the market in refined rare earth oxides, they only have 20-30% of the deposits. They go on to discuss the increasing tensions between China and Japan over the Spratly Islands, the recent deal between Molycorp and Siemens and the need for a sustainable industrial metal supply chain in North America.

Tracy Weslosky: Simon the reason I wanted to talk to you here is I wanted to get your opinion on the overall rare earth sector right now. You’re one of the few that have managed to survive the 155% collapse in 2011 in the overall rare earth sector. I want to start by asking you about the Siemens/Molycorp arrangement because we think it’s a big deal.

Simon Britt: I think the key comment there was the sustainability aspect of Molycorp’s development. Another important factor is that it’s been about a year and a half into Molycorp’s production stage. This is where Siemens decided to step in and sign the long-term agreement. We can see two things here, sustainable extraction and also reliability of the production that Molycorp has been doing.

Tracy Weslosky: I also think that GeoMegA has been ahead of the game in understanding the supply chain issues and industrial metals strategy for sustainability in North America. Can you talk to me a little bit about this?

Simon Britt: Well the tough part was to remove the acid deliveries out of the equation. For that we inserted a regeneration facility directly on site. Subsequently to address the supply chain, governments are looking for local employment. We didn’t think that selling a critical metals concentrate would do the trick to go into production. About 3½ years ago we addressed that — we started to address a solution with developing a physical separation process. We showcased excellent results early in 2014. As we moved towards the scaling up of the process we hope to showcase more excellent results.

Tracy Weslosky: For those of you in the audience that may not be familiar with this, right now the Chinese control 95% of all of the processing of rare earths on the planet. With regards to that a lot of companies are currently looking to make partners out of China, but doesn’t that defeat the overall purpose?

Simon Britt: Well, we think so. They control a huge amount, 90% plus with, in our estimate, maybe 20% maybe 30% of the resources. Now they do that with the separation process, the solvent extraction, which they master, a chemical process so it’s very difficult to compete with China, with all the environmental controls, more expensive chemicals and know-how that they’ve developed and they keep secret.

Tracy Weslosky: The Tesla Powerwall battery announcement that was out this month, how do you see that affecting rare earths?

Simon Britt: I see it as a successful story in the industrial mineral sector. How does it affect rare earths? Time will tell.

Tracy Weslosky: We see rising prices, a big rising price trend because of the increased tensions between China and Japan, and China looking for imports, you know. With everything that’s happening globally, for instance the German Resource Alliance that was recently announced ….to access the complete interview, click here

Disclaimer: GeoMegA Resources Inc. is an advertorial member of InvestorIntel.