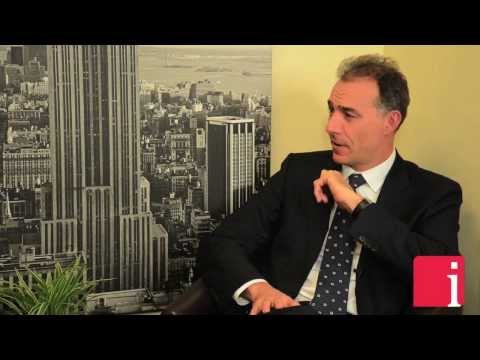 December 18, 2013 — Tracy Weslosky, Publisher and Editor-in-Chief of InvestorIntel interviews Eric Noyrez, CEO and Managing Director for Lynas Corporation Limited (ASX: LYC | OTCQX: LYSDY) for an update on Lynas and to discuss the recent AGM, production capacity, future demand, Eric’s recent purchase of Lynas stock, and how entering 2014, Lynas is positioned to achieve its vision of being the global leader in rare earths for a sustainable future. Lynas has the rare and esteemed distinction of being both an operational rare earths miner and producer. A pioneer in the rare earths space outside of China, Lynas mines rare earths from its Mount Weld Mine in Western Australia (the highest-grade deposit of rare earths on the planet), concentrates it onsite and ships the materials to the state-of-the-art Lynas Advanced Materials Plant (LAMP), near Kuantan in Pahang, Malaysia, where the concentrate is refined into final end-user-ready rare earth products. A titan in the REE space, Lynas has successfully built the world’s largest, most advanced and most environmentally friendly rare earths production platform to complement the uniquely rich Mount Weld ore body. As a result, Lynas is able to offer its customers an integrated, sustainable source of rare earths.

Tracy begins with asking Eric about Lynas’ recent Annual General Meeting, specifically in regards to the ramping up of REE production at the LAMP, which is expected to be at full Phase 1 capacity by the end of this year.

Eric confirmed this and said that they are now in Phase 1 (operating since 2011 in Western Australia and since 2013 in Malaysia), producing 11,000 tonnes, with the second phase equalling 22,000 tonnes. Market conditions will be the primary determinant as to when full production capacity is utilized. “So we will be optimized at 11,000 tonnes, and should the market improve in regard to off-take and pricing, we will keep up the pace,” explained Eric.

Tracy, in commenting that virtually anyone who is following the rare earth space today is following Lynas, asked Eric to give listeners an overview as to where the company is today, specifically focusing on the Mount Weld Project — the world’s richest known REE deposit. Eric stated that Mount Weld is a deposit with 10% to 25% rare earth containing ore, whereas with other deposits such as in Inner Mongolia (China) or California, it is closer to 5% to 10%. In the rest of the world, grade is more along the lines of 1% to 2%. Lynas has more than 25 years of reserves on site at full production capacity and additional resources which could later be extracted.

Tracy inquired as to the current demand for light rare earths. Eric stated: “The Lynas project has been a customer-based business model (which means that) the key leaders in the various rare earth elements — meaning lights and heavies — have made the way Lynas is set up today. Initially we had a long-term contract set up for Cerium and Lanthanum, which is supposed to be the longest product in the rare earth’s cart — as a way of making sure that the off-takes of Lynas would be secure. Thus, the company’s Phase I production (of 11,000 tonnes) is fully secured under contract and we can sell everything we can produce.”

Lynas’ goal is to support the rare earths market in growing to its full potential. Lynas believes the market will grow to its full potential when prices are sustainable for both customers and suppliers. The company believes prices need to be higher to secure long term supply visibility to customers. For example, NdPr prices are currently supporting most of RE production cost on the basis of expected future growth. Lanthanum, on the other hand and contrary to market perception, is already short as shown by the export figures from China. Consequently, Lynas has recently announced a minimum price for new lanthanum oxide sales contracts of $15 per kilo, reflecting the actual market dynamic.