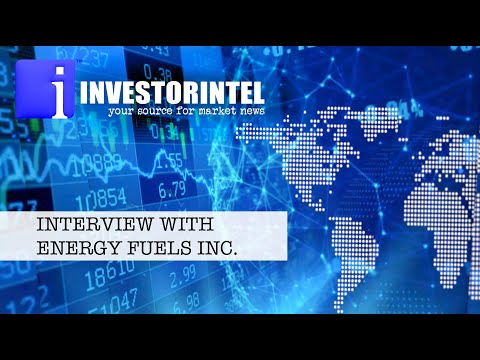 Energy Fuels expects to be producing rare earth carbonate in Q1, 2021, “so you’re only looking at a few months away,” Mark said. The company is also in ongoing discussions with additional suppliers of monazite.

In the InvestorIntel interview, also available on our InvestorIntel YouTube channel, Tracy and Mark discuss how cost has been one of the barriers to North American rare earths production, but Mark believes Energy Fuels “is going to be world competitive” in processing rare earths at its White Mesa Mill because of “the grade, the ability to process it, the existing facility that’s fully paid for and licensed, and the ability and the permits to start producing a rare earths carbonate.”

“For all those reasons,” Mark continued, “we think we are at a substantial advantage over the others and we are excited about the future.”