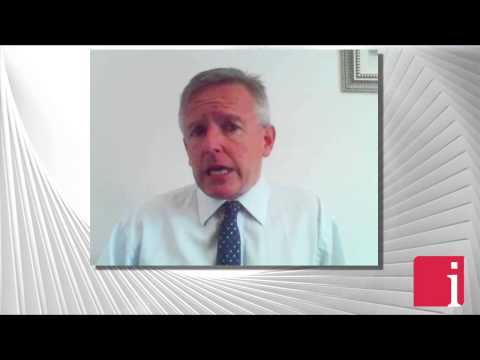 Ecclestone on German investors banking on a mining market recovery

June 15, 2015 — In a special InvestorIntel interview, Publisher Tracy Weslosky speaks with Christopher Ecclestone a Principal and mining strategist at Hallgarten & Company and Sr. Editor for InvestorIntel discuss why the German investor is of increasing interest to public companies in the emerging markets and how he will be championing the new InvestorIntel site targeted for launch in mid-August. Christopher provides insight on the German investor and why “the TSX could wake up in 4 or 5 years from now and find that more volume is being done in Germany than in Vancouver.”

Tracy Weslosky: Christopher you’ve written so many interesting things lately, but I want to start with one of my favorite topics. You’re going to be launching one of InvestorIntel’s German site in August – InvestorIntel.de. I’d like to start with, why Germany? Why is InvestorIntel moving into Germany?

Christopher Ecclestone: You know, traditionally it’s been thought that the major market for mining in Europe was the London market. The London market does have a big, sort of, preview of all global mining, but the Germans have shown themselves to be more interested in small miners over the years, particularly over the last 10 years, more open to experimenting in what they invest in and less, in some ways, parochial than the London market. The German force in mining became big, suffered a pullback after that, but now it’s showing signs of very strong recovery. That is a good reason why Canadian and Australian miners should be looking toward the German market to get themselves out of the doldrums that they find in their own domestic home markets.

Tracy Weslosky: I think you wrote an article we published this last week about how you’ve seen with some companies that they’ve actually increased their volume and liquidity as a result of being listed in Germany. Would you like to talk a little bit more about that?

Christopher Ecclestone: Absolutely. I mean, it’s quite interesting that there’s not actually much of a relationship between what the company’s doing in Germany up until now and the type of effect that they’re having in the German market because many foreign miners have taken their eyes off that market, but a recovery is taking place. Somehow the Germans are getting information or they’re operating without information and they’re diving back into some of the names that have been long quiescent in the global mining markets. Seen some quite interesting patents there. Particularly the Germans are attracted to big gold, but also to special metals. They tend not to be doing much in base metals, not doing much in silver or uranium or things like that, but definitely the industrial, technical, specialty metals seem to be grabbing their attention.

Tracy Weslosky: Well, my personal interest, of course, in going into Germany is all of the self-directed investors and, of course, with what happened just before the holidays with Germans being unable to invest in the OTC, for instance, have them looking for more interesting opportunities in emerging markets. This is one of the reasons why I see us being there. Speaking of the German markets, you also did a very interesting piece on the German Resource Alliance. I’ve been receiving a lot of emails. How about you answer these emails for me Christopher? To access the rest of this interview, click here

In a recent InvestorIntel interview, Peter Clausi spoke with Christopher Ecclestone, Principal and mining strategist at Hallgarten & Company about […]

Ecclestone on the gold market and vanadium

Christopher Ecclestone, EU Sr. Editor and Analyst for InvestorIntel in an interview with InvestorIntel CEO Tracy Weslosky discuss the gold […]

Special Note from the Publisher: On this Canadian Thanksgiving weekend, we at InvestorIntel Corp. and Markethack Inc. are sharing a […]