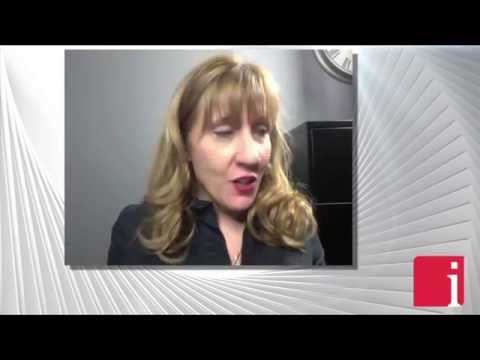 January 26, 2015 — Tracy Weslosky, Editor-in-Chief and Publisher of InvestorIntel speaks to Howard Dunn,  BSc. Geo. Eng., MSc. Met. Eng., P.E. Chem and Principal of Process Engineering LLC for US Rare Earths (‘USRE’, OTCBB: UREE ) about the special mineralogy of the at the Last Chance Project in the Lemhi Pass region of Idaho and Montana. The deposit is rich in high demand europium as well as heavy rare earth elements especially dysprosium and neodymium among others. Europium, a rare earth essential in providing the colors used in applications such as smart phones and CFL light bulbs, is one of the keys to understanding USRE’s value; indeed, this metal has been consistent in maintaining a high price.

Howard has an extraordinary background. He is a specialist in process engineering and metals, including rare earths and has been involved in the industry for well over twenty years. His rare earths experience started with ceramics, which were used to produce specialty materials as demanded by such US agencies as NASA and the Dept. of Energy. Over the past four years, he has been more involved in evaluating mining properties, reviewing and developing metallurgical processes. Mr. Dunn holds degrees in Geological and Metallurgical Engineering from the Colorado School of Mines and he is a registered chemical engineer in the states of Idaho and Colorado. It is through USRE that Howard has refined his understanding rare earths (REE). Howard has overseen the consolidation of USRE’s suite of properties into one lead property, which is the Last Chance Mine, a historic mine that is open at depth and length and is rich in europium and has a very special mineralogy to it. If one were to use a single word to explain what makes the Last Chance mineralogy so special, Howard suggests that this is due to disassociation: “The metallurgical testing based on stockpile material from historically mined and currently held materials ….shows that the rare earths are minerals are disassociated from unwanted metals.” This means that the path to the separation of REE’s is much simpler. The more geologically correct term for the Last Chance deposit is ‘dark monazite’; it was coined by the U.S. Geological Survey (USGS) in 1983.

Dark monazite is europium rich and is disassociated from much of the unwanted metals in most deposits. As Tracy points out, having worked with USRE for the last 5 years, Howard is well aware of its advantages. For starters there is no question that this mine has a productive capability – not just capacity – given that there is a considerable amount of extracted materials with which to work.  USRE will perform the relevant metallurgical testing of the stockpile to confirm the very promising historical data, which points to a significance presence of – among other REE’s such as dysprosium – europium, a rare earth essential in providing the colors used in applications such as smart phones and CFL light bulbs. USRE has received permission to remove and use a large stockpile of pre-mined material, which contains significant amounts of heavy rare earth elements especially dysprosium, Europium, Neodymium, Terbium and Yttrium.

The U.S. Forest Service has approved USRE’s plans to access an REE stockpile located on its Last Chance prospect last August; the Company can get a head start on processing with essentially zero CAPEX and OPEX costs. That work, says Howard, will begin “as soon as the weather clears”, which means towards the beginning or end of April such that the extraction process itself can begin in June. To critics, who like to say that the USRE story ‘sounds too good to be true’, Howard explains that the Project has a solid historical record from which to proceed. Put simply, Last Chance has “a unique mineralogy that is high in europium; and gives us the highest basket price for a deposit at this type with a very high percentage of total rare earths.”

The advantages are geological in that USRE already has a vast amount of already extracted material to process, saving on the mining costs. Moreover, as noted earlier, the dark monazite nature of the deposit implies an important mineralogical advantage, because it simplifies extraction. There is also the potential to expand the deposit into the areas surrounding the deposit. Howard adds that metallurgical testing has shown that simple magnetic separation can be used to reject more than half of the mined rock as waste, leaving some 30% of material allowing for a doubling of the concentration and great savings in downstream processing. Howard is especially well qualified to comment of this topic, given that his diverse work experience and education have given him a special perspective in identifying and evaluating the multiphase approach required to locate and complete processing and mine design leading to production.

Disclaimer: US Rare Earths Corp. is an advertorial member of InvestorIntel.