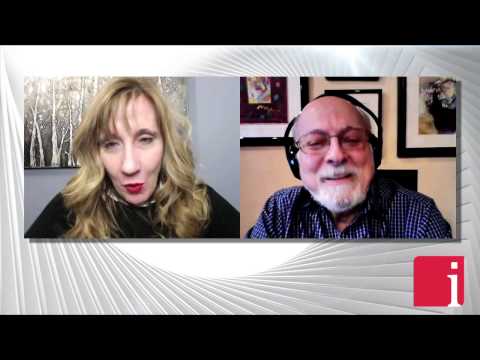 January 10, 2015 — In a special InvestorIntel interview, Publisher Tracy Weslosky speaks with Jack Lifton, Founding Principal of Technology Metals Research, LLC and Sr. Editor for InvestorIntel discuss the impact of the recently announced heavy rare earth licensing policy by the Chinese and the unprecedented interest by the Global1000 corporations in 2015.

Tracy Weslosky: I’m here today with our number one, most read columnist on InvestorIntel for 2014 — Jack Lifton. How are you today?

Tracy Weslosky: I’ll tell you, there’s so much in the news right now, even The Wall Street Journal is covering rare earths again because of what’s happening with China. Do you want to explain to our audience what’s happening?

Jack Lifton: What’s happening is that the Chinese have orbed their quotas into an export tax system. Actually, in my opinion, it’s got more prohibitive export of rare earths, not less. Somehow or another The Wall Street Journal and the Financial Times, two newspapers which I really understood the space, seem not to. The InvestorIntel writers are much more attune to what’s actually going on (click here) them then those hallowed publications. Let me point out that the Chinese are tightening their control of their rare earth production. In particular, they are so over capacitated in light rare earths they don’t know what to do with the stuff. That you can have. It’s the heavy rare earths, which they began restricting at the end of the first decade of the century which are now coming under much tighter control. Since there is no production of heavy rare earths outside of China you can bet that they’re always going to be more available and cheaper to Chinese domestic producers then they ever could be to the tiny number of the non-Chinese who actually use raw materials at this time.

Tracy Weslosky: Jack, you most recently wrote, I thought a brilliant article about how some of the largest corporations in the world are now looking at actually investing in rare earth ventures. Can you tell me a little bit more about this?

Jack Lifton: As I’ve said before, because of my non-disclosure agreement with many companies, I can’t really be specific. Let me tell you that I’ve seen more activity by Global 1000 corporations getting involved in the rare earth space at the anchor point, the mine, to develop the mineral deposit development then I’ve ever seen before in my life. I think I hit on in the article what’s going on. They are no longer interested in the Wall Street, Bay Street ups and downs with very little regard to actual supply and demand. What’s happened is, as we mentioned a little bit earlier in this interview, the Chinese are really tightening up on the critical rare earths. The time has come now when non-Chinese users of these materials, for things that cannot be manufactured in China, don’t tell anybody, military cannot depend on the Chinese. They never wanted to. Now they actually can’t. This is a new world. Very large corporations with strong defense issues, you know, contingents are looking very hard at this. In fact, some them are already investing. I said in my article forget about the alliances and the groups where large corporations…to hear the rest of the interview, click here