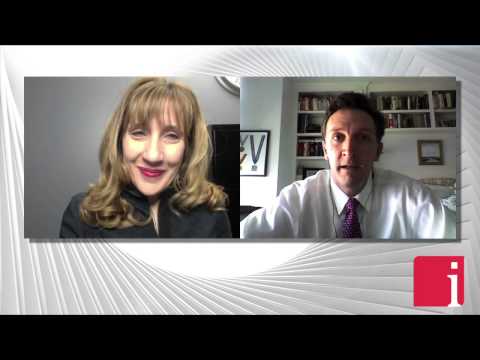 January 16, 2015 — In a special InvestorIntel interview, Publisher Tracy Weslosky speaks with Chris Berry, Co-Editor of the Disruptive Discoveries Journal and Sr. Editor for InvestorIntel on how the resource market is officially at the bottom, and shares his forecasts for 2015.

Tracy Weslosky: Chris I want to start by talking to you about your forecast for 2015. If you wouldn’t mind could you talk to us about what we should anticipate as investors and the resources that maybe we should focus on?

Chris Berry: Sure. I think that the resource space in general, particularly the metals, have hit bottom. I think that 2015 is going to be a much better year than either 2014 or 2013 or 2012 were. My specific focus is what I call the energy metals so I’m paying particular attention to this year to lithium and cobalt.

Tracy Weslosky: Okay, so in reading about your forecast for 2015, and I can’t tell you how delighted I am to hear that we should be looking at an upcycle in the resource sector, can you tell us about the lithium and cobalt market because you specifically talked about those two energy metals maybe leading the pack this year?

Chris Berry: Well, lithium, to start off with that, is an oligopoly. It’s run by three or four major players. One of the reasons why I like it is because it is demand for lithium across a whole host of products. It’s not just batteries, but its pharmaceuticals, for example — it’s growing at well above global GDP growth rates. When you think about the commodity space right now, in particular the metals, what I’m focused on is on those metals that are growing well above global GDP because even if demand for, say lithium, falls a little bit, you’re still well ahead of, say, copper or something like that. Lithium in particular is growing at about 8% per year. I think it’s going to be very strong going forward on the back of the battery business.

Tracy Weslosky: Chris, if I want to invest in lithium, for instance, you said there’s primarily three to four major players. Is there a company in particular that you’re watching?

Chris Berry: Yeah, there are a couple that I’m interested in. You know, obviously I focus predominantly on the junior or the advanced development space. I’m really looking closely at a company called Lithium Americas right now. They have one of the largest brine projects in Argentina, but what makes them special and differentiates them from the pack is a relationship that they have with POSCO. For those of you watching who don’t know, POSCO is one of the largest steel producers in the world. They’ve made huge into lithium extraction in the lithium extraction business. They have a process that allows them to produce lithium from brine at a fraction of the time and a fraction of the cost traditional lithium brine methods right now. It’s very potentially interesting for Lithium Americas going forward.

Tracy Weslosky: Alright. Our audience has a very good understanding of the lithium markets so they’re going to be very excited about this particular forecast for 2015. But, cobalt, would you mind giving us a little bit of an overview about cobalt and perhaps select a cobalt company that you’re following presently?

Chris Berry: Sure. Cobalt is another one of these small I would argue misunderstood or not well understood markets. The global cobalt market is about 100,000 tons right now…to hear the rest of the interview, click here

Message from the Publisher: Chris Berry will be speaking at 9AM PST on Sunday, January 18th at the Cambridge House Show. Email us at info@InvestorIntel.com for more details.