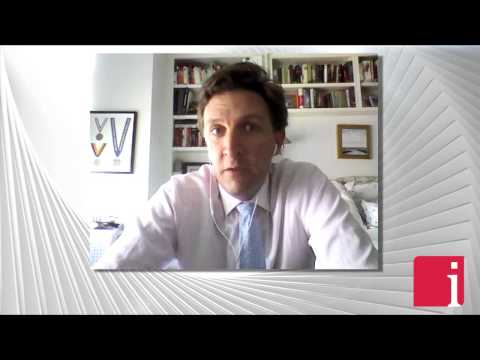 Berry on graphite, lithium and the electric vehicle market revolution

May 21, 2015 — Chris Berry, co-editor of the Disruptive Discoveries Journal, founder of House Mountain Partners, LLC and Host for InvestorIntel in an interview with InvestorIntel Publisher Tracy Weslosky discusses the recent Tesla Motors Powerall battery announcement, and how it will increase demand for graphite, lithium, cobalt and copper. They also discuss the supply and demand for the electric vehicle market revolution and why he is bullish on copper. They then go into the synthetic graphite market debate and the trend towards the declining cost of electric vehicle batteries.

Tracy Weslosky: Chris as one of the top experts in clean tech, one of our well-known speakers with technology metals, can you tell us a little bit about how the impact of the Powerall battery announcement by Tesla last week is going to affect demand in the sector?

Chris Berry: Well, overall, it’s going to affect different metals differently. Obviously it’s going to push up lithium. It’s going to push up cobalt and it will probably have a material effect on graphite as well. Those are the big three. I think one of the metals that is overlooked with respect to the battery business is copper. That’s another one that I’m particularly bullish on out over the next, say, 3 or 5 years.

Tracy Weslosky: So let me make sure I heard this properly. I haven’t heard you promote copper before: you’re hot for copper?

Chris Berry: Well, you know, copper is much different than some of the technology metals or the energy metals that I’ve covered in the past. You’ve got a situation where the lithium market globally is about 160,000 tons a year and copper is 23 million. So for all of the press that lithium gets, it really pales in comparison from a demand perspective. You know, when you start thinking about copper’s ubiquity in terms of building out electrical infrastructure, not to mention electric vehicles, you know, the statistics that I have seen say that you need about 150 pounds of copper per full electric vehicle. When you start to think about demand– potential demand growth rates for full EVs, I mean, I’ve seen statistics that say by 2025, which is in 10 years, if electric vehicles are 10% of the global automotive fleet, you’re going to need about an additional million tons of copper per year, so that puts that in perspective.

A million tons a year is about the size of Escondida, which is one of the largest copper mines in the world. It’s interesting because you can see that the demand is there and because copper prices have been depressed in recent years because of China slowing down and so on and so forth, the funding, if you will, for exploration and development of new mines just hasn’t kept up with the demand. That’s one of the reasons why I’m really bullish over the next 5 years.

Tracy Weslosky:  I can see why. I want you to be one of my keynote speakers at next year’s Technology Metals Summit. Further to this, if this is the, kind of, mind-blowing demand for copper that we’re going to need globally for electric vehicles, what’s going to happen to graphite?

Chris Berry: Well, graphite is a little bit different. Again, it’s about a million and a half tons a year roughly from a demand perspective so it’s much larger.