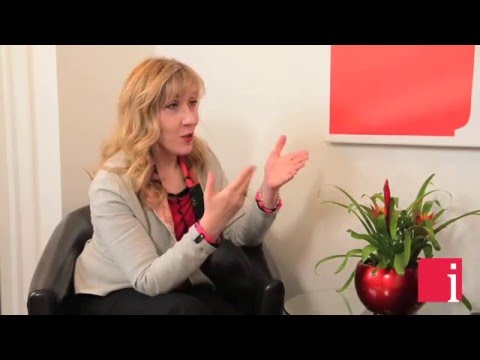 March 16, 2016 — In a special InvestorIntel interview, Publisher Tracy Weslosky interviews Greg Bowes of Northern Graphite Corp. (TSXV: NGC | OTCQX: NGPHF) on the impact of rising demand for graphite from the lithium-ion battery industry and how “Lithium and graphite have a lot in common and the catalysts that may drive both prices and demand.” Explaining how the steel industry has bottomed, Greg believes that this combined with battery demand will drive graphite performance and stresses Northern’s proprietary and competitive graphite purification technology edge.

Tracy Weslosky: Greg, I’m delighted to be speaking with you. I deem you not to be just a CEO of a graphite company, a well-respected one: but actually as an industry expert. So I would like to ask you, what’s happening with graphite prices? Because our writers, like John Peterson, are telling us that the type of graphite you have is in demand so the prices should be arguably exploding.

Gregory Bowes: Yes and, in fact, if you look at lithium, they are. Lithium and graphite have a lot in common. Obviously they’re both used in batteries. Battery demand accounts for about 40% of both markets, but if you look at lithium, the balance of demand is fairly diverse and fairly stable so you’ve got a stable base, growing battery demand. If you look at graphite, the balance of demand is the steel industry, which has tanked so you’ve got steel demand going down and you’ve got battery demand going up and prices staying flat. I think what we have to look forward to is that the steel industry I think has bottomed. Iron ore prices are perking up and graphite is lagging lithium in terms of price performance, but it will catch up. It has to because all the metrics are the same.

Tracy Weslosky: And, of course, Greg, Northern Graphite is known for having a purification technology process that really makes your graphite more competitive. Can you give us an overview on that?

Gregory Bowes: Yes. All natural graphite that’s used in batteries comes from China and its purified using hydrofluoric acid, which is one of the nastiest substances known to man and of course they have lax environmental regulations there so you, kind of, have a green card or a D battery syndrome. If you’re in the West and you want to produce spherical graphite, as all juniors apparently do, you have to have a method of purifying the graphite that’s an alternative to the Chinese approach. That’s basically what we’ve developed.

Tracy Weslosky: Something that I enjoyed too in preparing for this interview, Christopher Ecclestone did a lovely piece and he said, I think the quote was that you’re the right size for takeoff. Okay, he likes the size of Northern Graphite. Can you tell us a little bit more about what he meant when he was saying that?

Gregory Bowes: Yes, absolutely. The graphite market is a little less than 400,000 tons a year. We’re going to produce 20,000 tons a year, which is 5% of the market. Now any other commodity, if you’re building a mine that’s going to add 5% to annual demand, that’s a little on the aggressive side. You know, the market has to have the ability to absorb that production without affecting price. Everybody else is 40,000 tons a year plus. That’s 10% to 15% of annual world supply….to access the complete interview, click here