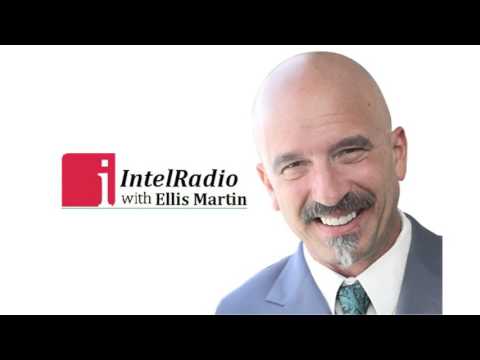 December 21, 2015 — This is IntelRadio featuring InvestorIntel and breaking stories with host Ellis Martin.

Ellis Martin: Welcome. In this segment I’ll speak with Lewis Black, President and CEO of Almonty Industries Inc., the leaders in tungsten. Almonty Industries trades on the TSX Venture Exchange under the symbol AII. Almonty specializes in acquiring distressed and underperforming operations and assets in tungsten markets. These then benefit from the company’s in-house operating experience and unrivaled expertise. Highly regarded as a hands-on turnaround investor operator, Almonty is an expert at overseeing projects regarded as too complex or difficult for the average pure financial investor. Lewis, welcome to IntelRadio and InvestorIntel.com.

Lewis Black: Thank you for having me.

Ellis Martin: Almonty is clearly the rising global player in tungsten. If you wouldn’t mind, for listeners new to the space, give us a snapshot of the company and answer the question, if you will, why tungsten?

Lewis Black: Almonty was, sort of, bold in its guise over the last 12-13 years. We like tungsten for really two primary reasons, and they’re not the traditional reasons that you would say. What really peaked our interest was that one, it’s essentially not price driven because the end-use, they use so little tungsten on the end product that it has no real bearing on the margin of the end product, but it is absolutely essential for that end product otherwise it renders that product completely worthless. A $300,000.00 alloy drill bit, gas exploration, has approximately $1,500.00 worth of tungsten on it. Without that the alloy drill bit is worthless. We also liked it because it is an extremely difficult material to process. That skillset of knowledge had all but disappeared in the West. We were very fortunate to buy a mine in Portugal called Panasqueira which had been operating at that time for about 116 years uninterrupted and it’s still operating to this day. It’s the longest running non-interrupted mine in the world. On site there are fourth and fifth generation tungsten experts. They don’t know anything else but tungsten, from metallurgy to geology to the mining engineering, hard rock mining, processing. This is what they do. Given that the valley of entry of expertise is very high and given that ultimately customers who want this material are not so price sensitive as perhaps most other commodities, they just need a reliable source material, that’s what peaked our interest into tungsten.

Ellis Martin: So the need for tungsten will never diminish and you’ll always have a resource to bring to market meeting the demand.

Lewis Black: Yes. I mean, demand increases by 3% a year and has done for the last 30 years. It’s consistent growth in the markets for the material. Ultimately, because they use so little of it at the end process, there’s really no incentive to ever look for a substitute, even though at this time there is no substitute. Molybdenum has about half the wear property of tungsten, which is probably the closest product that you could substitute for, but it wears at half the rate and twice as quickly. To be honest, the industries that we sell into are very mature industries. They’ve been around for 80-90 years, most of them. They’re all Blue Chip, AAA rated companies privately or publicly held…to access the complete IntelRadio interview, click here