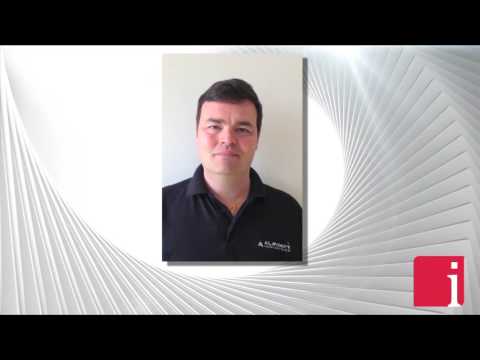 August 24, 2016 — Lewis Black, Chairman, President and CEO of Almonty Industries Inc. (TSXV: AII) in an interview with InvestorIntel Sr. Editor Fred Cowans discuss “the metal that very few know about, but that touches everybody’s lives — everyday.” In their discussion, Lewis explains that Almonty’s management team’s expertise lies in five generations of tungsten knowledge, their existing portfolio of global tungsten projects and Almonty’s plans regarding Sangdong Tungsten Mine, in South Korea, which has been described as their “crown jewel”.

Fred Cowans: I understand we found you in Europe. Europe, of course, is where quite a number of your properties are, Spain and Portugal. You’ve had a busy time this year. You’ve acquired quite a few assets and that’s the story, but I’d like to start, if I may, with talking about tungsten a bit and its main uses.

Lewis Black: Well, I would say that tungsten, the uses of it, date back into the turn of the nineteenth century, but essentially 50% of all tungsten is consumed in automobile and aerospace sectors. The car and the plane industries are doing well. There’s always a strong demand for tungsten. Basically I would say with tungsten it’s a metal that very few people really know about, but in fact touches everybody’s lives every day in the sense that it is in everything that you see around you. All manufacturing, anything that generates heat and friction will have a component of tungsten to protect the alloy that is being used to produce that product with tungsten. When you land on a plane, your braking systems, the turbines, when you manufacture the plane or the cars you need the inserts. If you drill for oil, gas, you mine, you need tungsten coated drill bits so various carbines that you use. If you remove tungsten from your life you would not see the same world around you because it is the key component, an irreplaceable key component for manufacturing in all heavy industry.

Fred Cowans: Now your expertise and your company’s expertise, as I understand it Lewis, is turning around projects that haven’t been very profitable in the past.

Lewis Black: I would say that our expertise is not as a fix it. Our expertise is five generations of tungsten knowledge, that the guys within our core team are fifth generation tungsten experts. Whether they be in essentially the engineering, whether it be the hard rock mining, the open pits, the metallurgical side, geological side, that’s their expertise. Their fathers did it. Their grandfathers did it. We merely acquire sites that previous managements could not make work. You know, one thing you say about tungsten is that for some reason many gold guys seem to think it’s easy because it shares the same density as gold, but it is the complete opposite to mine gold is to tungsten. Tungsten is extremely brittle, which means every process you go through you lose some of the material. That knowledge, to be able to produce this very difficult material to extract has been lost because most of the western mines closed 30-40 years ago. We were very fortunate that our core team came out of our Panasqueria Mine, which has been running for 126 years uninterrupted. There’s that mine and there’s a mine in Austria called Mittersill, which has been going for nearly 50 years now where that knowledge still exists. Outside of that there’s really no consultant you can call, no book you could go to. It’s an extremely difficult metal to work so that’s really our expertise….