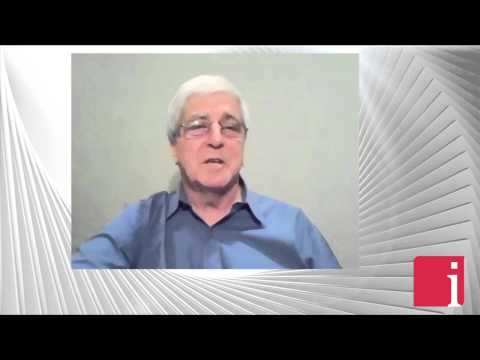 December 15, 2013 —Tracy Weslosky, Publisher and Editor-in-Chief of InvestorIntel interviews Ian Chalmers, Managing Director of Alkane Resources Ltd. (ASX: ALK | OTCQX: ALKEF), a mining and exploration company focused on gold, zirconium, niobium and rare earths. The Company’s projects are located in Central West of New South Wales, Australia. The $1B Dubbo Zirconia Project (DZP), with an estimated open pit mine life of 70+ years that is expected to process 1 million tonnes of ore throughput/annum.  The ore body containing zirconium, yttrium, niobium, hafnium and rare earths, has a surface area of over 45 ha. When fully into production, the project – with 99% of product destined for overseas – will be a significant export generator for Australia.

Noting that Alkane had released a number of announcements lately that caught her attention, she opened the conversation by asking about a recent update to shareholders regarding the increased percentages being achieved for rare earth recoveries.  Ian confirmed that they have been working diligently for the last 6-8 months at ANSTO (Alkane’s Demonstration Pilot Plant) on the process to improve them, and are “yes, delighted that recovery rates are substantial; lights are up about 17% and heavies were up about 44%, from about 900t/yr. to 1300t/yr. heavies.”  He noted that although the market seems to have missed this improvement, it has the potential to add another $40-$50m/year in projected revenue.

Tracy then shifted the discussion to Alkane’s soon-to-be gold production facility at the Tomingley Gold Operations. Ian stated that they should be in production within the next two months – the plant now being around 95% built.  “We will start commissioning in a few weeks’ time; we’ll commission through January, and then move to full production in February.”  Thus Alkane will have revenue coming in from gold production, while they work to keep the Dubbo Zirconia Project (DZP) moving forward.

Mentioning that Alkane Resources had been attending and presenting at a number of rare earth conferences lately, Tracy asked Ian to give InvestorIntel readers/listeners an overview of what’s been taking place in that space, with regard to the company.

Ian confirmed that they have done two marketing conferences in Hong Kong (one each focusing on Zircon and Rare Earths) – in addition to a marketing trip into Japan and Korea.

With regards to what’s happening to REE prices, Tracy mentioned that, as of last night, the Rare Earth Leaders Index here was again at an all-time low, and asked “Are we finally at the bottom, Ian – how much farther do you think we have to go?”

Ian opined that: “I think it’s going to take a little bit longer. Maybe into next year, perhaps mid-2014, before we start to see things turn around properly. What we’ve gathered over the last 12 months, is that there were a lot of inventories built up by various consumers and they (the inventories) are slowly being worn down…but I think it will take right to the middle of the year before we start seeing that impact.”

Tracy said “We have heard on the rumour mill that you have been speaking to some government officials, potentially about joint venture opportunities…can you give us a bit more feedback on what we’re hearing?”  He responded: “It’s a little bit hard, because a lot of it is fairly commercially sensitive, but we did go into Japan and Korea, and yes, we’ve spoken to various government departments in both places, and we’ve spoken to many consumers, and particularly partners that we’re working with in Japan as well. What’s really encouraging to hear is that both of those countries have still a very strong commitment to strategic critical metals that are non-Chinese supplied.”

She asked for some advice for new readers and investors seeking investment opportunities as they look at Alkane, describing it as “in our (InvestorIntel rankings) one of the top five leaders in the world, especially in the race to production for rare earths, as well as being nearly completely vertically-integrated with your present business model.”

Ian’s Big Picture answer was: “Giving you a snapshot, basically the Dubbo Zirconia project, which is our major league project – the gold is good, the gold is a nice bread and butter business, but the Zirconia project is the key going forward for us. We are still two years away from really getting close to production, but a lot of hard work’s gone into the last 14 years because we’ve got a very strong process, we’ve run a Feasibility Study, we’ve had a Pilot Plant operating there for 5 years. That’s helped us get off-take agreements in place; or MOUs, or Letters of Intent. So yes, we’ll become an interesting producer of Zirconium, Niobium, light rare earths and heavy rare earths.

“We’ve got a full revenue spectrum, and the nice thing about that revenue stream is that it’s fairly even, right across the four outputs. We’re not governed by (any one of the four) – we get a revenue distribution across the whole spectrum…and that’s a nice place to be.”

As a final question, Tracy asked Ian, “When shall we expect production of rare earths?”

Ian believes, realistically, to expect production in 2016.  “It will take us 2014 to put government approvals in place, put all the financing in place – it’s still a billion dollar project – go to construction, spend 18 months to construct, so that has us in production 2016 – Quarter 1 2016.”

Be sure to listen to Part II of Tracy’s interview with Ian Chalmers at Alkane Resources, wherein she gets his overview and perspective about future gold production and, moving into the New Year, in what direction the price of this metal of kings might be headed.

Disclaimer: Alkane Resources is an advertorial member of InvestorIntel.