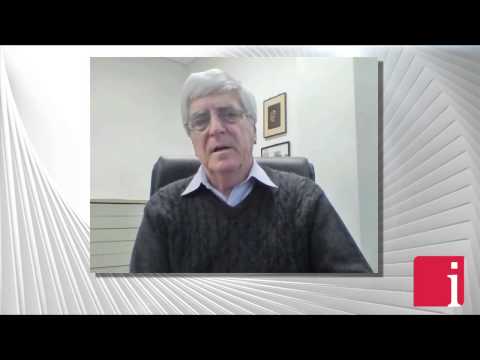 Tracy Weslosky: Ian, not only are you neck and neck for the number one position in the rare earth industry (market caps) globally, but you’re celebrating 29 years of working at Alkane Resources. Is this correct?

Ian Chalmers: Thanks for reminding me of that. Yes, I am up to 29 years. Correct.

Tracy Weslosky: So for all the entrepreneurs out there it may only take you 29 years to become number one.

Ian Chalmers: I call it another overnight success. That’s the best way to describe it.

Tracy Weslosky: Well, of course, this is a very serious topic and I actually have just been looking at some Chinese export numbers, which are up dramatically. We’re in a very challenging time in the rare earth sector. I’d love to hear what you think is happening right now with rare earth, say, prices for starters.

Ian Chalmers: I do believe that we’re at the bottom. I mean, I cannot believe prices will go low because the Chinese themselves are not making any money currently. If you look at the numbers for 2014 I think most of the companies lost money. So, what we believe we’re seeing is that this consolidation in the Chinese industry, is that a lot of that consolidation bought with the various stockpiles and stocks that all the other smaller companies had. Then they’re incorporating them into these larger companies which are having to get rid of that material so they can get back onto an even foot. I think you’re seeing a lot of that material creeping out into the market, which is keeping prices down, but once we get through these next 6 months going into I think next year, I think you’ll see a slow change, not a dramatic change, but a slight change.

Tracy Weslosky: Speaking of moving forward in the rare earth industry and perhaps the raised production cause you’re planning on producing in 2017, is that not correct Ian?

Ian Chalmers: It’ll be late 2017. Obviously to build a plant the size we’re going to build, it’s a big plant, the engineers tell us it’s going to take about 24 months to build. We really need to start the work by the end of this year, but we’re still pretty confident that we’ll get there and certainly be well into production 2018.

Tracy Weslosky: You just had some good news with the New South Wales Planning Commission approval.

Ian Chalmers: Yes. It was another one of those long hard slogs as it takes about 2 years to get that done, but a major, major step forward for us because…to access the rest of this interview, click here

Disclaimer: Alkane Resources Ltd. is an advertorial member of InvestorIntel. For more information, contact us at info@investorintel.com.

In this episode of InvestorIntel’s Critical Materials Corner with Jack Lifton, Jack talks about President Biden’s American Jobs Plan which details how […]