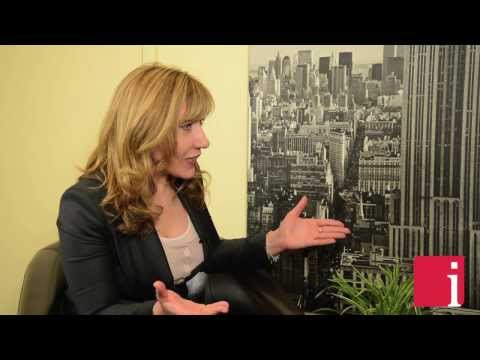 A 1-3 year Lead Horse in the rare earth production race?

December 6, 2103 — Tracy Weslosky, Publisher and Editor-in-Chief of InvestorIntel, interviews Tumerk Komurcu, of AMR Mineral Metal Inc., who describes his company’s current endeavour as “a near-term production, low CAPEX, rare earth element and minor metals project.”  She mentions that AMR Minerals was brought to her attention by Jack Lifton, an Editor on the InvestorIntel site, and a director on AMR Mineral’s Board.

AMR Mineral Metal owns 100% of the mining rights to Heavy Mineral Sands-like REE & Minor Metals deposits in southern Turkey. As a member of the EU Customs Union, and having a modern mining legal system, not to mention offering mining incentives to encourage in-country investment, Turkey looks to be a good geo-political risk-to-reward bet for the kind of cutting-edge production effort envisioned by AMR.

If plans to get its project into production work out anywhere near schedule, AMR could enjoy a lap-around lead on most of its competitors.

Tracy initiated the session, asking Tumerk to discuss the “number one question” – regarding AMR’s “low CAPEX” aspect of his company’s project equation. He responded that, for total project estimates, “CAPEX is expected to come in at around $190m. For our Phase I Project – which is scalable – (it is anticipated to be) at $65m, and we are looking to get into full production by the end of 2015.”

Within the next 6–8 months AMR Mineral is expecting to have a demonstration plant set up in Turkey. Once funding is in place, they plan to complete the Phase I construction within 12 months.

Tracy noted that for this “sizeable resource”, infrastructure was in place and asked Tumerk for further details. He added that “Our project is located in the southern part of Turkey, very close to commercial seaports and commercial airports. We do have roads, water and electricity right into the deposit site.”

After noting AMR Mineral has “one of the fastest production timelines of anybody in the sector” as well as an impressive Management Team and Board of Directors, she asked Tumerk what the company needs to do in order to get to the next level.

Tracy observed that “in essence you are a multi-commodity play” with numerous critical or strategic minerals, along with zirconium (a heat and corrosion resistant metal with physical properties similar to those of titanium).  Tumerk stated that they would be able to produce zirconium at 99% recoveries. Management is working with a group out of India which has years of experience in the commercial production of zirconium.

“That’s why we call our project a ‘rare earth elements and minor metals project’.  Along with rare earths, they have titanium, zirconium and iron oxide…we can attribute zero value to cerium and lanthanum, and still have very robust project economy”, Tumkerk concluded.

An excellent presentation, found on AMR Mineral Metal site  here notes that China dominates the REO Industry with 95% of global production, more than 60% of which it consumes internally. An important corollary is that as demand for “technology enablers” grows, Japan, the EU and the U.S. are seeking sources of reliable supplies.

Especially informative is the p9 chart (of a 22 pp presentation) listing AMR’s advantages compared to 5 of its peers. Noteworthy is the company’s expected IRR, its target production year (at 1-3 years ahead of competitors), and its calculations of cost-revenue/yr. for its Canakli Project.  Add to this the favorable deposit and mineral formation (e.g. “naturally well-liberated minerals, with no need for crushing and grinding”) and a compelling story begins to emerge.

Canakli has a 2,000 ha operating license, permitting and licensing has been completed, and environmental permits are in place. AMR also has completed a resistivity survey and geological mapping on another property, the Cobanisa Deposit. This is in addition to having performed surface inspection and limited sampling on 5 other deposits. On the Shareholder front, AMR Mineral Metal sits at 44.9m shares, Fully Diluted.

When you’re potentially 1-3 years ahead in the race to production, your competitors could find themselves eating a lot of dust. And AMR Mineral Metal, Inc. seems poised to accomplish just that.

Disclaimer: AMR Mineral Metal is a client of InvestorIntel.